You are here: Home / Front Page News / Taylor Fritz and Jared Donaldson to compete in Hall of Fame Tennis Championships 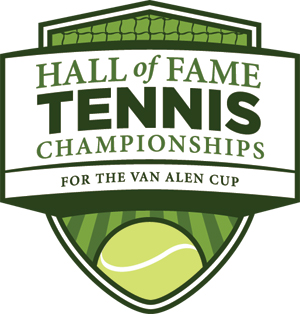 NEWPORT, R.I., April 15, 2016 – Taylor Fritz, an 18-year-old American standout who is currently ranked world No. 69, has committed to the player field of the Hall of Fame Tennis Championships. Rhode Island native Jared Donaldson, also a rising star on the ATP World Tour and currently ranked inside the world top-150 will return to Newport for the second straight year. Additionally, a wild card for the Qualifying Draw has been granted to another rising star young American – eighteen-year-old Reilly Opelka, the 2015 Wimbledon Boys Champion, who, at 6’11”, brings a powerful game.
The tournament, which is the first stop of the U.S. summer season for pro tennis, will be hosted on the historic grass courts of the International Tennis Hall of Fame in Newport, Rhode Island, July 10 – 17. Additional players will be announced in the coming weeks.
“The U.S. is enjoying a resurgence in men’s tennis and that will be on full display in Newport this summer. Taylor Fritz is on a meteoric rise that is unmatched, and reminiscent of Andy Roddick’s climb. Jared Donaldson continues to move up the steep ladder of professional tennis and is the second highest ranked American teen. At 6’11”, Reilly Opelka is a special talent capable of making an incredible impact at any moment,” commented Todd Martin, Tournament Director of the Hall of Fame Tennis Championships and CEO of the International Tennis Hall of Fame.
Topping off the ATP action, on Sunday, July 17, the event offers a unique opportunity to see tennis legends back in action at PowerShares Legends Newport, a special one-day tournament. Former world No. 1 Marat Safin has been added to the PowerShares player field, which will also feature Andy Roddick, James Blake, and a fourth player to be named. It’s a particularly special weekend for Safin to compete, as the two-time Grand Slam tournament champion will be inducted into the International Tennis Hall of Fame on the day prior – making him the first Russian to ever be inducted.
Martin commented, “We have a unique experience at the Hall of Fame. Fans have the opportunity to see some of our sport’s biggest legends back in action again, while also watching the next generation work towards building their resumes – striving to one day become Hall of Famers themselves.”
Tickets for the Hall of Fame Tennis Championships, as well as the PowerShares event and the Hall of Fame Induction Ceremony are on sale now on www.HallofFameTennisChampionships.com.
ABOUT THE PLAYERS
After finishing last season as the world No. 1 junior and being named the ITF Junior World Champion, Taylor Fritz has quickly ascended the Emirates ATP Rankings. In the past 15 months, the 18-year-old has jumped from world No. 1,151 to his current position of world No. 69, making him the highest ranked American teenager. Fritz, who was the 2015 US Open Boys Champion, kicked off the 2016 season by winning his third ATP Challenger title at the Happy Valley event. In February, as a wild card entry, he advanced to the final at the Memphis Open (lost to Kei Nishikori). He followed that up with a run into the quarterfinals at Acapulco. At Memphis, he became the youngest American to reach an ATP final since Hall of Famer Michael Chang did so in 1989, and also the second-fastest American ever to reach an ATP final, doing so in just his 3rd career ATP tournament.
Rhode Island native Jared Donaldson, age 19, will make his second appearance at his hometown event, following his Newport debut last summer where he made it to the second round. Donaldson is currently ranked world No. 144 and he is one of just four American teens in the world top-200. Last year, Donaldson won his first ATP Challenger level event in Maui. Last month, he was a semifinalist at the ATP Challenger level event in Dallas, and he advanced to the main draw via qualifying for the Miami Open, an ATP World Tour 1000 level event.
Eighteen-year-old Reilly Opelka has been granted a Wild Card into the Qualifying Draw of the Hall of Fame Tennis Championships. Opelka won the 2015 Wimbledon boys’ singles title, and he was runner up in doubles. Last week at the U.S. Men’s Clay Court Championships in Houston, Opelka gained entry into his first career ATP World Tour main draw as a lucky loser after Dustin Brown’s withdrawal. He lost in the first round to world No. 35 Sam Querrey. In doubles at the same event, he won his first ATP World Tour doubles match (w/Tommy Paul), defeating Nick Monroe and Ken Skupski, 76(6) 46 10-4. At 6″11′, Opelka will be tied with Ivo Karlovic, a frequent Newport competitor, as the tallest player on the ATP World Tour.