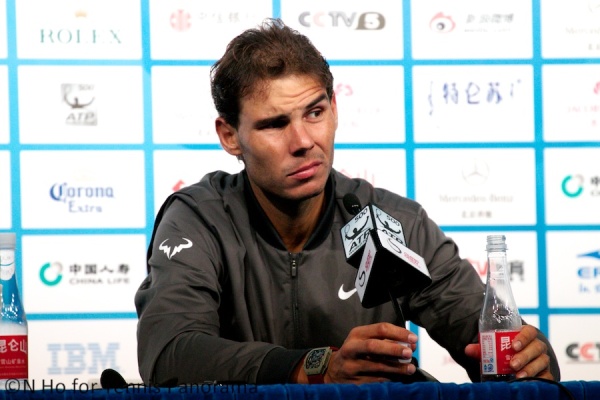 (April 25, 2016) Rafael Nadal‘s lawyers filed a lawsuit on Monday in Paris against former French Health and Sport minister  Roselyne Bachelot due to her “offensive remarks” on French television.

Bachelot said on TV show Le Grand 8 that Nadal’s seven-month absence due to injury in 2012 was “probably due to a positive doping test.”

Via a press release (posted below), Nadal said:

“Through this case, I intend not only to defend my integrity and my image as an
athlete but also the values I have defended all my career. I also wish to avoid any
public figure from making insulting or false allegations against an athlete using the
media, without any evidence or foundation and to go unpunished.

“Should the tribunal consider there has been a wrong-doing and the sentence
recognises the right to damages, any compensation will be paid back in full to an
NGO or foundation in France.

“On the other hand, I ask for total respect regarding the legal procedure just started
and would like to express my complete trust in the French justice system who will be
judging the legal case.” 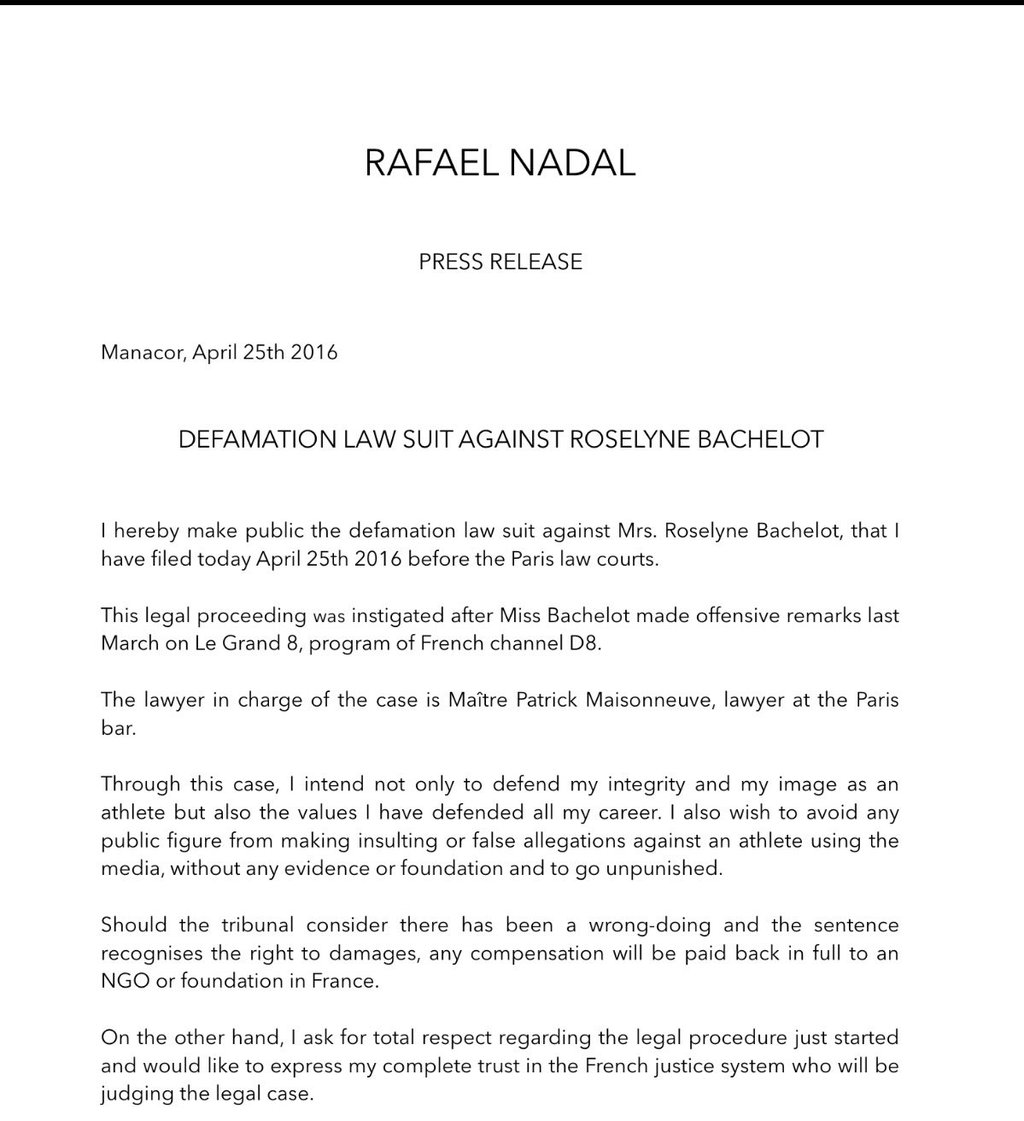