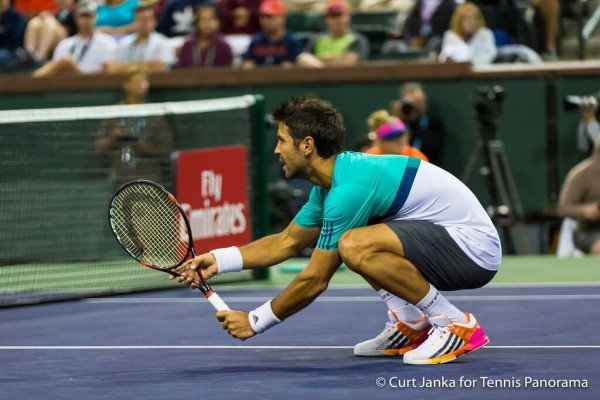 (April 25, 2016) Fernando Verdasco won his first ATP World Tour title since Houston in April 2014 beating first-time finalist Lucas Pouille 6-3, 6-2 to claim the Nastase Tiriac Trophy in Bucharest on Monday. The final was postponed due to rain.

“I’m very happy because I won this trophy. It is a long time since I was in this position, to win a tournament or to play in a final,” said the Spaniard.

“It’s not easy to wait a day to play. It wasn’t stressful, but hard. When it rains you have to be ready to play at every moment, especially if it’s a final, not first round. I wanted to play, no matter what. We did play, even if the last game it was complicated when it started raining again. I’m glad that all ended there.”

“It was not easy to play my first final in these conditions,” said the Frenchman. “We had to wait for a long time. We didn’t know when we would play. However, it was the same conditions for both players and Fernando just played better than me today. I had some break points in the first set, it was close and very intense from the beginning. Then I started the second set poorly and Fernando played some really good tennis. He didn’t give me many points. Congratulations to him. As far as I am concerned, despite the loss, it was a positive week and I hope to keep on improving in the coming weeks.”
For Verdasco, this was his seventh career ATP title.