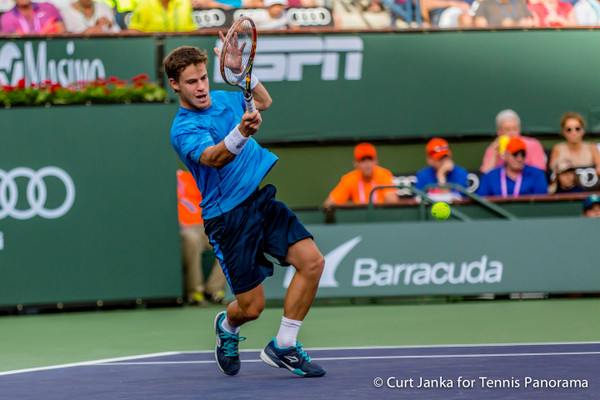 (May 1, 2016) Unseeded Diego Schwartzman came back to win his first career ATP title on Sunday when he upset second seed and former top ten player Grigor Dimitrov 6-7 (5), 7-6 (4), 6-0 to win the Istanbul Open. Schwartzman, from Argentina rallied from 2-5 down in the second set before marching on to the victory.

It was a career week for Schwartzman, beating top seed Bernard Tomic in the second round and saving a match point in the final eight.
“It was an amazing match for me,” said the winner. “I played well and fought all match. What happened to Grigor with the cramps also happened to me in Australia this year. With my doubles final and title in singles, it’s amazing.

“I’ve practiced really hard to improve my tennis. I played all the points with 100 per cent effort and I need to. All the matches are tough, against Tomic, Dzumhur and Bagnis. I played really well.”

“I started cramping at 5-2 in the second set, said the Bulgarian runner-up. “It was very unfortunate that I couldn’t close out the match. I have to give credit to Diego.

“I have two big events coming up and hope that I can face one of the top guys there. There will be some altitude in Madrid and I won’t have much time to get ready, but I like it there.”

Nicolas Almagro came back to beat Spanish countryman Pablo Carreno Busta 6-7 (6), 7-6 (5), 6-3 to win the Estoril Open on Sunday. This was Almagro’s 13th career title. All of his titles have come on clay.

This is Almagro’s first tour-level title since Nice 2012. 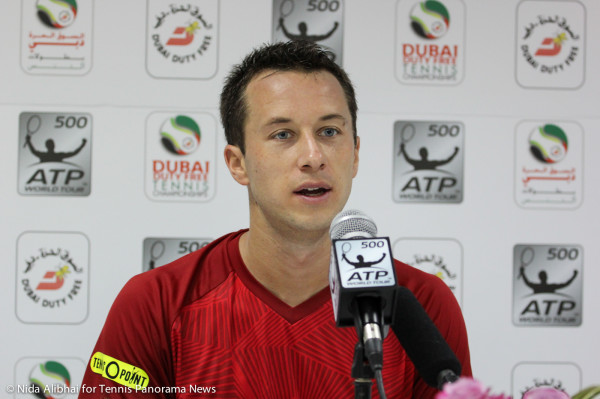 “Unbelievable. Great story the whole week,” said the champion. “Great performance. Huge final… I’m very happy and pleased with my performance.
“I think it was another great final in Munich.”

“It was a very close final, attractive for the crowd, for sure,” Thiem said. It was very painful for me but Philipp was the better player today, and he deserves to win.
“Almost every final is close because both players never give up. They want to win the title. I’ve won the last five finals… now I’ve lost one. It’s no tragedy, especially against Philipp.”