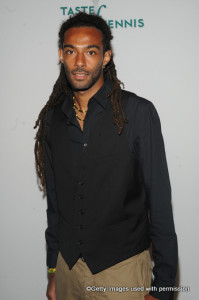 Stepanek from the Czech Republic is a 2006 Wimbledon quarterfinalist. Germany’s Brown, currently ranked at No. 87  was a qualifier when he upset two-time Wimbledon champion Rafael Nadal last year in the second round