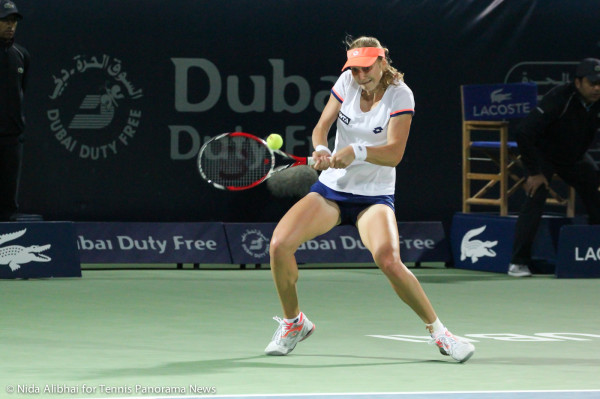 “I definitely didn’t play well today,” Watson said. “I felt really out of timing and slow to the ball.

“But I’m not taking anything away from Elena. She played very well. And when I had my chances to come back and get into the match, she hit an ace or always made her first serve and played well.”

Vesnina will take on defending champion Belinda Bencic next. Bencic had to withdraw from Birmingham during her first round match last week. The Swiss says she’s ready to go.

“I have been doing the physio treatment all day,” she said. “Yesterday I was practicing, so I should be fine. I still tape it a lot, so it’s a little bit hurting but it’s okay.”

Asked about feeling pressure in defending her title, Bencic said: “No. I mean, why would I feel pressure? Of course it’s points, but every time someone is defending points somewhere. So I guess it’s just a normal situation. And I don’t feel any pressure and no expectation because I haven’t played a lot of matches lately.

“I’m just trying to, you know, get the matches in and just keep going. Yeah, just have fun and obviously I’m so glad to be back on the courts, so that’s the most important.”