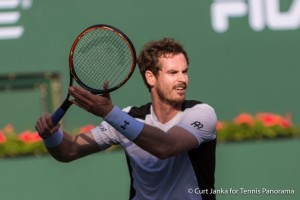 A quick look at the semifinalists…

Murray and Berdych have now completed a set of Grand Slam meetings. Murray leads their previous Grand Slam encounters 2-1 and has also won their last 4 meetings. This is their 15th Tour-level meeting but their first on grass.

*Through the quarterfinals at 2016 Wimbledon

A 12th career meeting between the 2 players, their 3rd at a Grand Slam and their 3rd on grass.

This is a repeat of the 2014 Wimbledon semifinal, which Federer won in straight sets. Federer also won their only other Grand Slam meeting in straight sets in the round of 16 at the 2013 Australian Open.

Raonic ended a 3-match losing streak against Federer to win their most recent encounter in the final at Brisbane this year. Both of his 2 career wins over Federer have come on a hard court.

Federer will remain at No. 3 in the world regardless of the outcome of today’s match. Raonic will move up to No. 5 if he wins the tournament.

Tiebreaks won at Tour-level in 2016

*Through quarterfinals at 2016 Wimbledon

****Statistics provided by the ITF and Grand Slam Media