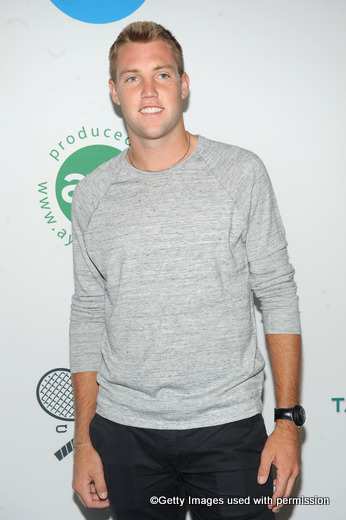 Jack Sock will lead off play Saturday against 2014 U.S. Open winner Marin Cilic. Cilic comes off a five-set loss in the quarterfinals of Wimbledon to Roger Federer, when the Croatian was leading two sets to none.

For the 23-year-old American Sock, ranked 26th in the world, this will his first Davis Cup tie played in the United States. This is the first time the U.S. has played at home since 2014.

Asked if he felt any added pressure, he said: “I mean, not necessarily any pressure.
“I’m more excited, honestly, to be playing on home soil. I love being a part of the team with these guys. They have a lot more experience than me out here.

“Yeah, I mean, maybe when I go out there, it will be a different feeling than when I played in Uzbekistan and Australia. But more excited than anything to be able to play in front of some home fans, some family and friends. Obviously playing in front of my country and these guys as well.

The second match on Friday pits, No. 1 American John Isner, ranked 16th in the world, against No. 2 and No. 54 in the world, Croatian Borna Coric. They are playing each other for the first time.

The doubles rubber on Saturday will feature Bob Bryan and Mike Bryan of the United States against Ivan Dodigand Marin Draganja of Croatia.

Reverse singles will be played on Sunday with the No. 1’s battling in the first match, followed by the fifth rubber face-off between the No. 2’s.

The winner of the tie faces the winner of France-Czech Republic in the World Group semifinals.