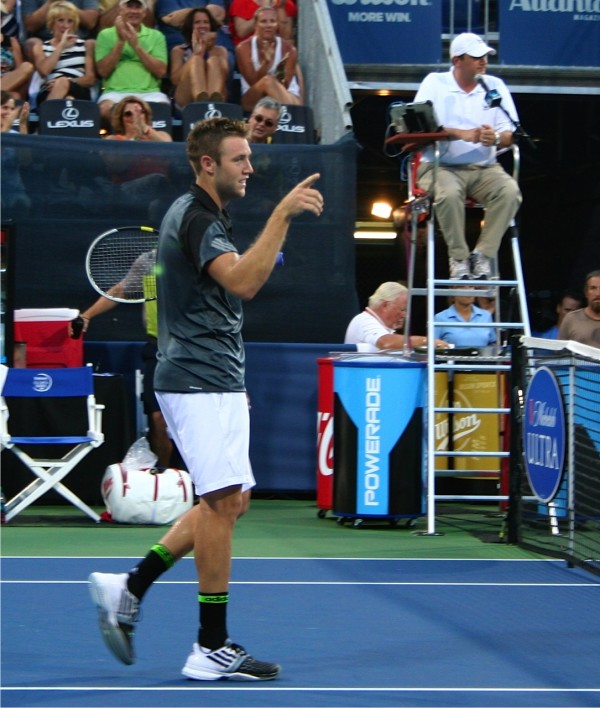 (July 15, 2016) BEAVERTON, Oregon – The United States is off to a 2-0 lead against Croatia in quarterfinal action in Davis Cup play on Friday at  the Tualatin Hills Tennis Center in Beaverton, Oregon.

In the first rubber of the United States versus Croatia Davis Cup quarterfinal, 2014 US Open champion and No. 12 Marin Cilic took on No. 26 Jack Sock.

The first set saw little difference between both competitors, but Cilic sealed the break in the tenth game to claim the set 6-4.

The second set saw Cilic took advantage of three break point opportunities to take the set 6-3. Sock contributed 16 errors to his opponent’s cause in the set. Cilic had a medical time out after the seventh game of the set.

Sock drastically reduced his unforced error count in the third set, making only four while upping his first serve percentage making 16/17 to win the third set 6-3.

In the fourth set both men stayed even until the the ninth game, when the 23-year-old American broke serve at 30. Sock served out the set to even the match at 2-sets all.

Cilic broke Sock with a drop volley winner in the American’s first service game of the fifth set and consolidated for a 3-0 lead to start out the fifth set. Sock bounced back with a break in the fifth game to get to 2-3.

“Well, I wasn’t very happy down 3-0,” Sock said. Once again, just stayed the course. Having such an experienced player in Jim Courier on the bench with
you, you can’t ask for much more. He just kept me level headed and kept telling me to do the right things,which I had been doing for a few sets to get back.”
In the seventh game, Sock failed to take advantage of three break points and Cilic held off the inspired American to hold for 4-3.

Sock broke through in in the eighth game, setting up a break point on a drop volley winner for break point. Cilic hit a backhand volley wide to give team USA the break and a 5-4 lead.

What made the difference in the match for Sock?

Sock said: “I mean, I had a ton of chances in the second. I didn’t get blown off the for two sets. I was up a break twice in the second. Struggled on my serve a little bit.

“But just maybe made a few smarter decisions on the serve. Made a lot more first serves to kind of put it in
the spots where I could get forehands, start the rally.

“Returning the whole time I felt like I could get in a lot of his games. The court is slow enough I could get back
on the serve and make it neutral.

“Just stayed the course really and was lucky enough to get the win.”

For Sock this was his first match on home soil in his Davis Cup career, he talked about this win being one of his career accomplishments.

“Haven’t played a ton of five-setters in my career. Haven’t come back from two sets to love down. To do that today, in front of
the home crowd for the team, it almost feels extra special today. Maybe if I had done it in another tournament – obviously playing individually there – to do it today for the team in this, the first match to get us off to a good start, feels unreal.”

“Obviously I think he served much, much better in the fourth and fifth set. He was not giving me too many
chances on the return games. I had a break in the fifth that’s a little bit unfortunate to lose it. I was 3-1 up, 15-Love, and easy forehand in the middle of the court.

“Yeah, a little bit disappointed with that, just to lose that opportunity of getting that lead in the fifth set to make
that extra step to closing the match.

“You know, when I gave him a chance to come back I felt that he started to play also really well. He was very aggressive. Obviously last game I had 15-40 also to come back. You know, just one point where I went for a shot, missed a little bit.

“Overall, I think he played pretty good tennis in the last three sets. It’s not that I played so bad. I felt that
maybe I could have served better today. I was not serving as good as I can. Just from the game, obviously he’s very dangerous.
He can play very, very fast tennis. He’s got big forehand, so that was I think working well for him today.”

Tennis Panorama asked U.S. Davis Cup Jim Courier about he said to Sock after he went down two sets.

“Well, the second set Jack was up a break twice and was having trouble holding serve,” Courier said.

“Both of them were for that matter.

“But I felt like Jack was in a good position once the rallies got started. He just needed to execute.
“I though he was actually playing pretty well from a tactical standpoint in the second set. He just needed to lift his level a little bit and stay in there mentally and just be there.

“We also recognize that Marin had a tough loss in Wimbledon. He had chances to take out Roger Federer. Sometimes players coming off matches where they had match point and didn’t close a player out can be a little susceptible, too.

“So I was using that as a little bit of a carrot to keep Jack in there, too. Jack stayed in there point for point and fought hard and made it physical. He did a lot of great things out there today that will hopefully carry him to new places in his career.

“First time he’s come from two sets down. I think he learned a lot about himself out there. He deserves all the credit for it. He would’ve stayed in there I am pretty sure. He started to make that transition in the last month and a half or so mentally to sticking in there a little bit better.

“Today was just a manifestation of the work he’s been doing with Troy Hahn, his coach. Today it paid off for the team; certainly paid off big for him, too.”

On a day which saw top players Simona Halep and Milos Raonic withdraw from the Olympics due to concerns about the Zika Virus, both Cilic and Sock are looking forward to participating in the Olympic Games in Rio.

“Yeah, it’s really exciting” Sock commented. As a kid you grow up watching a lot of the Olympics – not only tennis, but a lot of the sports. Kind of a bucket list for every athlete I feel like to be able to represent your country on the biggest stage possible”

“I am very excited to get down there and rep the U.S., ” Sock an excited Sock. “Hopefully I can play some good tennis and wear the
colors proud. Definitely beyond happy.”

As for Cilic, “I’m going to play. A lot of guys have concerns about that (Zika virus), but I hope it’s going to be fine.”

Coric also commented on the Olympics: “As far as I’m concerned I’m going to play. I don’t have problems with Zika. Yeah, it’s going to be great experience for me. Going to be my first Olympics. I’m really looking forward to it.

“Obviously it’s very big thing. I’m only 19 and I’m going to be already there. Not many people can say that. So I’m just very proud of that. Obviously I’m just looking forward to it” 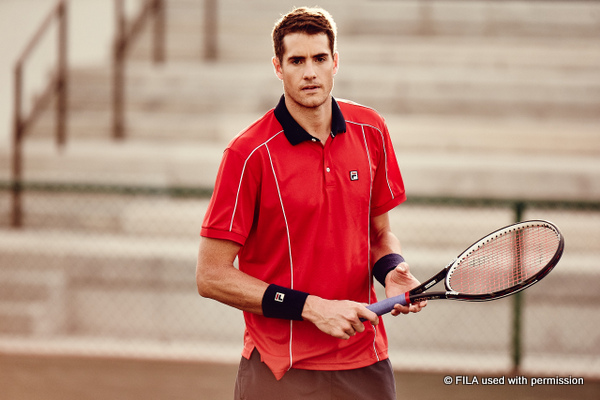 In the second rubber Borna Coric had no answers to John Isner’s serve, as the American nailed 23 aces in a 6-4, 6-4, 6-3 win over the teenage Croatianin a minute less than two hours.

The last of Isner’s aces came on match point.

Isner said that Sock’s comeback win helped his own momentum in his match.

“Oh, it helps a lot, he said. “I’m just sitting right here and he’s down two sets to love and things aren’t looking too good. He won the third set. I saw that he had a lot of positive energy on his side.

“Then he wins that fourth set, and I’m getting really animated in the locker room in the fifth set. He was able to pull it out playing incredible tennis.

“For me, it helps a lot. I feel like it takes a bit of pressure off me as well, knowing that regardless of what I do out there on the court, we’re not going to be losing. At worst, we’ll be 1-1.

“I was in a good spot going out there today thanks to Jack.”

Coric was pretty downcast after his loss to Isner.

“I lost, he said. “That’s what happened. I didn’t use my chances in the first two sets obviously. I had many chances to break him, and then on 5-4 in both sets I played really poor game. It was basically not much to say honestly.”

The USA is 0-3 against Croatia in Davis cup play, vying for a place in the semifinal round of Davis Cup.

The doubles rubber will take place on Saturday with Bob and Mike Bryan of the USA going up against Croatia’s Ivan Dodig and Marin Draganja.