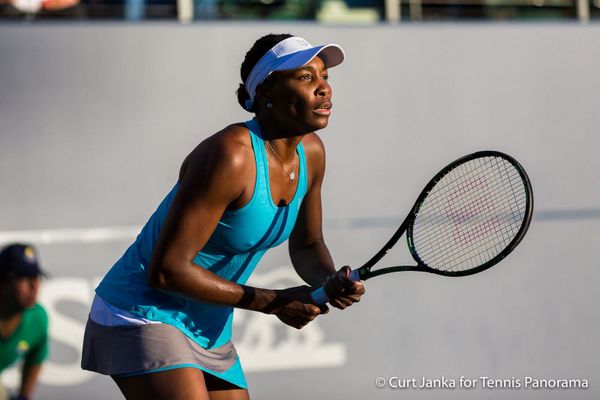 (July 23, 2016) After a dominating first set, top seed Venus Williams survived some serving problems near the end of the second set, including saving two set points, to beat U.S. countrywoman, No. 78 in the world, Alison Riske 6-1, 7-6(2) to reach the Stanford final on Saturday night.

For Venus Williams, who is playing the main draw of the Bank of the West Classic for the thirteenth time, this will be her eighth final. The world No. 7 last reached the Stanford final in 2009, falling to Marion Bartoli. Williams captured the title in 2000 and 2002.

Williams breezed through the first set, winning 76% of first serve points, winning 30 of 47 points in the set, going 2 for 2 on break points.

In the second set Williams and Riske exchanged breaks in the fifth and sixth games, with the seven-time major champion getting another break in the ninth game to try and serve out the match at 5-4 in the second. Williams’ serve vanished in the tenth game, when she hit three straight double faults to give Riske the break. Riske held for 6-5, but in the next game Williams was still having problems with her first serve. She fought off two set points against her to reach the second set tiebreak which she won easily 7-2. 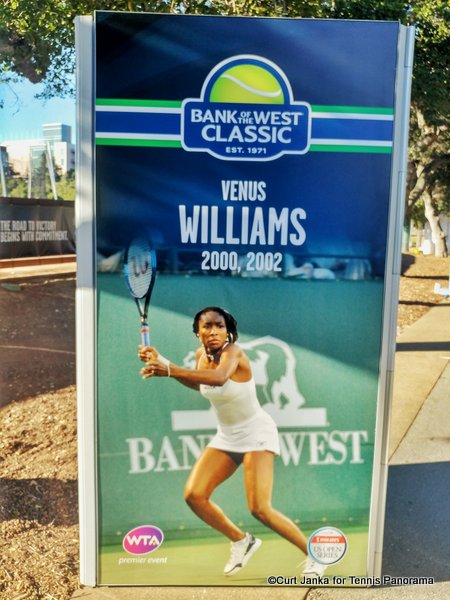 The 36-year-old Williams will take on 25-year-old British No. 1 and world No. 18 Johanna Konta for the title. Williams and Konta are tied 1-1 in head-to-head play, with Konta upsetting Williams, the last time they faced off in the first round of the most recent Australian Open where Konta won in straight sets. Williams defeated Konta in three sets in final eight of Wuhan in 2015.

Williams will be attempting to win her 50th title in her 80th final on Sunday. She’s hoping to tie her sister Serena, who has three Bank of the West trophies.

“It would be nice to get three. Who doesn’t wanna be like Serena?”

Venus who has played of her matches this week at night, will be playing her first day match in Sunday’s final. She said near the end of her news conference that she was going to prep for the final by getting some rest.

“Right after this question I’m going to go to bed and get some rest,” she said.

How about that rally! 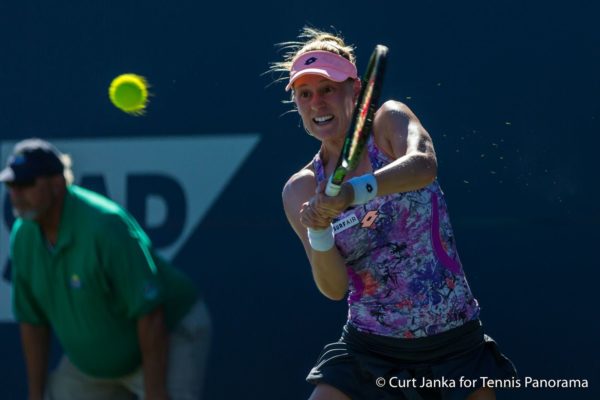