You are here: Home / Features / Serena Williams Pulls Out of Montreal with Shoulder Inflammation 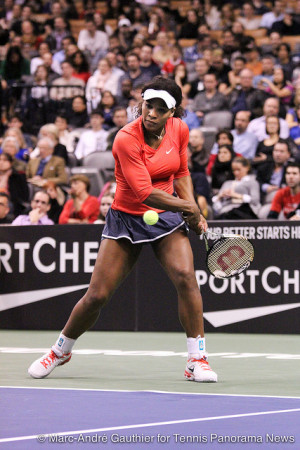 The world no.1 holds three Rogers Cup titles and reached the semifinals at the last two editions of the event.

“Due to inflammation in my shoulder, I unfortunately must withdraw from the Rogers Cup. I was looking forward to competing in Montreal and I look forward to returning soon,” said Serena Williams.

“Of course, we are disappointed that Serena will not play in the tournament this year. The fans really enjoyed the time she spent in the city in 2014,” said Eugène Lapierre, tournament director of Rogers Cup presented by National Bank. “Because this is an Olympic year, the players have very full schedules. Sometimes your body needs rest. We hope that Serena will recover quickly and wish her much success for the rest of the season.”