You are here: Home / Features / Angelique Kerber Wins US Open for Second Major Title of the Year 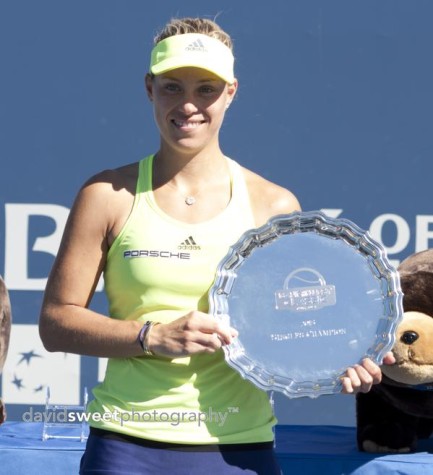 (September 10, 2016) FLUSHING MEADOWS, NY – New world No. 1 as of Monday, second seed Angelique Kerber rallied from a break down in the third set to beat first-time major finalist 10th seed Karolina Pliskova 6-3, 4-6, 6-4 to win her first US Open title and second major all in the same year.

“All the dreams came true this year,” Kerber said on court. “I’m just trying to enjoy every moment on court and also off court. It’s just incredible.”

Kerber is fourth player in Open Era to reach three major finals in the same year they reached their first, after Evonne Goolagong Cawley (1971), Steffi Graf (1987) and  Martina Hingis (1997).

Kerber opened the match with a break. She held off 3 break points in her first two serving games. The German broke the Czech again to close the set 6-3.

Both women held firm in the first six games of the second set. Pliskova finally took advantage of a break point in the seventh game to go up 4-3. It was her fifth break point of the match.

Errors crept into Kerber’s game in the second set as well as missing first serves. Pliskova was more agressive hitting 17 winners and winning 30 of 35 first-serve points to win the second set 6-4.

The Czech continued her hard hitting and shot making in the third, breaking Kerber in the third game to go up 2-1, then 3-1. More errors crept into the Geman’s game and she was visibly frustrated.

Kerber held for 2-3 and broke the Czech to even the sat at 3-3. Kerber stepped up her game, returing to counterpunching form from earlier in the match minimizing errors.
Kerber said that the key shot in the match came at 3-3, 30-all.

“I think this shot was the key for the third set, she said. “When I was going down the line I knew, Okay, now I have to risk a little bit, because this is the only chance I can get. I took it, so I think this was really the shot of the match from my serve.

“Yeah, when I won the point I knew, Okay, I have the feeling. Now just to go for it and making the mistakes I make like a lot of times before. I was not thinking too much that this is a final. I was just trying to take the challenge, third set, it’s 3-All, and just go for it.”

Serving at 4-5, 30-40 Pliskova sailed a forehand wide and it was game, set and match Kerber.

“It’s just amazing. I won my second Grand Slam in one year. It’s the best year in my career,” said Kerber on court during the trophy presentation. “It means a lot to me. When I was a kid I was always dreaming to one day be the No. 1 player in the world, to win Grand Slams. And today is the day. All the dreams came true this year.”

For the first-time major finalist, Pliskova became the first Czech to reach the US Open final since Helena Sukova in 1993.
“I found that I can play my tennis on the biggest stage against the best players,” said Pliskova. “I knew that it was going to be difficult to play her. I was just happy to make it to a third set. Even though I didn’t win, I’m proud of myself. Hopefully, there will be many more finals to come.”

“After Australia I had a little bit up and downs,” Kerber said, “but also because a lot of things happen and change. I think I had to take the time to get used to everything.

“In Paris I had so much pressure on my shoulder. I couldn’t deal this with me. After Paris I was sitting down at home and I told myself, Okay, just go for it and just practicing hard again. You did it once in Australia. You have still two Grand Slams in front of you.

“That was actually trying to enjoying the tennis on court again and not, yeah, making too many things too complicated. Just trying to relax, enjoy every moment on and off court, and get used to everything.”

For the 28-year-old German, it’s her 10th career title. She becomes the first German player to win the US Open since Steffi Graf did it in 1996.

She will be the oldest first-time No. 1 in the Open Era. 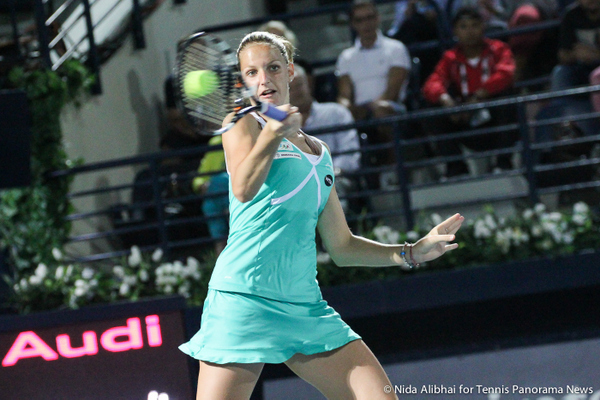 The 24-year-old Pliskova who beat Venus and Serena Williams en route to the finals,  will move up to No. 6 in the world.

“I think I did a great job,” Pliskova said to media. “It was my first final. Still was close to winning. I mean, she has more experience to play those finals than me so probably decided in this match.

“I’m so proud of myself. If someone would tell me I’m going to play finals in this tournament before two weeks I would take it. Not sadness.”

“I beat very good players. To win in Cincinnati was — I was just so happy to get the biggest title of my career. I was thinking, Okay, now I can even lose in first or second round of US Open, but I was able to take the game from Cincinnati here, which is never easy after you win a tournament, to play the same game in other tournaments.

“o I was just happy that I made it here even far. It was always my goal, like I said, to pass the third round, and I made it to the final. I’m still proud of myself. I’m not gonna think about losing, because could be other way, as well. I could be the winner today. Was about few points. I will just take positive from this tournament and still try to move forward.”