You are here: Home / Features / Berdych and Khachanov Take Titles in China 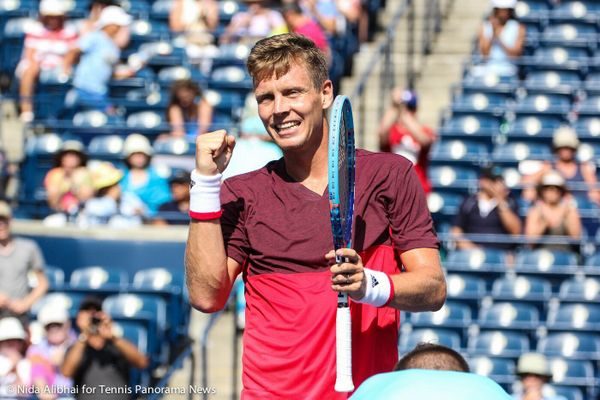 Berdych missed the US Open due to appendicitis, but came back to the tour last week in St. Petersburg reaching the semifinals.

The victory moves him just 330 points behind Rafael Nadal in the ATP Race To London. He is currently in ninth place and the top eight make the Year-End event.

“Five weeks ago I was in hospital, now I’m sitting here with the trophy,” Berdych said. “Things are changing very quickly. Luckily for me, everything is going well, I’m feeling good, sitting here as a winner. I’m just taking all this as a bonus, that I can play and win some matches.

“I think it was a very solid game. I said after the semi-final that I wanted to raise my game and play better and I think I achieved that against a tougher opponent. I’m very pleased with the way I played.

“The two match points [in the second set] were very tough. He served aces so I couldn’t do anything about that. He started playing very well and deserved to win the second set. I had to battle for the win and sometimes that happens.”

“I can’t believe I won my first title,” said the champion. “I am very happy. I have been working hard and I am happy to achieve my first goal.

“In the second, I was thinking to win the set and keep fighting. I was playing against a guy much higher-ranked than me, so I just had to focus on every goal and keep going. You cannot lose focus and be relaxed. I was just pushing myself to the limit and I got the second set and then the third.”
“I fought as much as I could,” said Ramos-Vinolas. “And I think I didn’t play bad. I can play better but he played so well and what can I say, I’m not happy but maybe I’ll be happy tomorrow. It was not so good today, but also he was serving so well and so fast. That’s why I didn’t return so well.”
The 20-year-old will see his ranking move up by almost 50 spots to No. 55.