You are here: Home / Features / Andy Murray wins Shanghai Masters for Sixth Title of the Year
Embed from Getty Images

Bautista Agut upset No. 1 Novak Djokovic in the semifinals on Saturday. The Spaniard was trying to win his first ATP World Tour Masters 1000 title and third title of the season.

The win narrows Djokovic’s lead over Murray in the “Race to London” to just 915 points.

For the 29-year-old Scotsman, Murray, it’s his 41st career ATP World Tour title, placing him in 15th place on the all-time list.

“I did feel like I played better this week than last week,” Murray said. “In all of the matches I was hitting the ball pretty clean.”

“The most important thing to reach No. 1 is to be extremely consistent throughout the whole year, which I have done really since the clay-court season,” Murray said. “I believe I can get there. I definitely believe I can get there. These last few months have proved that to me… I’ll give it my best shot to do it, because I may never get another chance.”

“I’m going to learn from all the success I had this week.” 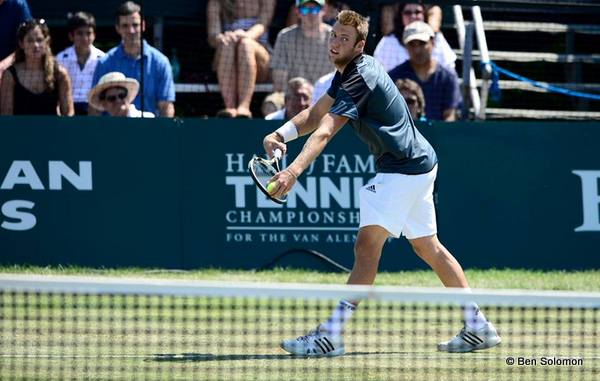 In the doubles, Americans John Isner and Jack Sock won their first Masters title as a team, beating Henri Kontinen and John Peers 6-4, 6-4.
“We both definitely prefer singles, but we also have a lot of fun playing with each other in doubles,” Isner said. “I think that’s the No. 1 reason why we did so well this week is because we are having a lot of fun with it.”

“It’s always fun playing with a good friend,” Sock said. “John is probably my best friend on tour… Like he said, we just had a lot of fun. Laughed a lot. Kept it light out there. I think that’s why we played pretty well.”