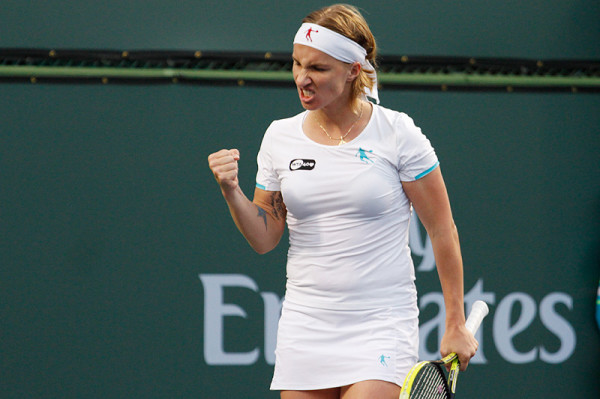 (October 23, 2016) Svetlana Kuznetsova and Pablo Carreno Busta won the singles titles at the Kremlin Cup over the weekend. The win for Kuznetsova over Daria Gavrilova 6-2, 6-1, clinched the final spot in the WTA Year-End Finals.

“Before the match, when I was warming up, my body hurt,” Kuznetsova said. “I felt tired, I didn’t really know how I was going to play. I concentrated and thought that I had to be over it. Before the match I had the energy and the desire to play. I wanted to show good tennis and I am happy I succeeded. I fought in every match. I tried to win. I had very tough matches because I didn’t felt comfortable with the tennis I played. But I understood I could win even with bad tennis. I leveled up my tennis.”

“When you win your first title, it’s a really special one but this one is special also,” said the winner. In both finals, I lost the first set. But then I continued fighting and I continued believing in myself, and at the end, I won the match and the tournament.”
VTB KREMLIN CUP – MOSCOW, RUS
$823,888
17-23 OCTOBER 2016