You are here: Home / Features / Andy Murray Closes the Gap on No. 1 with Vienna Title 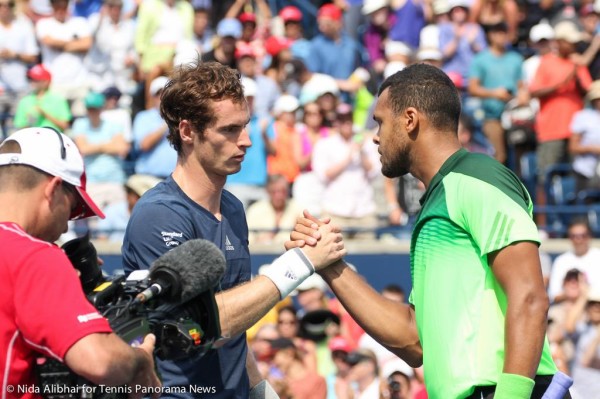 (October 30, 2016)Andy Murray has closed the gap in race for the No. 1 ranking when he won his third straight ATP title at the Erste Bank Open in Vienna on Sunday. The Scot beat Jo-Wilfried Tsonga 6-3, 7-6 (6)in the final for his seventh title of the year, 42nd of his career.

Murray can move into the No. 1 spot if he wins next week’s Paris Masters and Novak Djokovic doesn’t reach the final.

“I get a step closer with every win but it’s still a long way from here,” Murray said. “From two to one seems a small jump in a way but it’s the hardest one to make. To go from 100 to 50 is more spots but is a lot easier.”

“I felt like I was controlling the ball a lot better, said Murray. “I think I played my best tennis today of the tournament… Jo fought well and started playing a lot better. He was more aggressive and taking some more chances and making the shots.”

“The tie-break was really, really tight. I think it was a high-level tie-break. There wasn’t really many mistakes… The last few months have been very good.”.

“I’m really happy with my week,” Tsonga said. I played good tennis. I fought until the end, and that’s most important for me… It was nice to play five matches in a row like this. It hasn’t happened to me many times these last couple of months. For me, I think it’s great. It’s always good to play against those [top] players.”

The Scotsman now trails World No. 1 Novak Djokovic by just 415 points in the Emirates ATP Race To London heading into the final week of the ATP World Tour regular season.