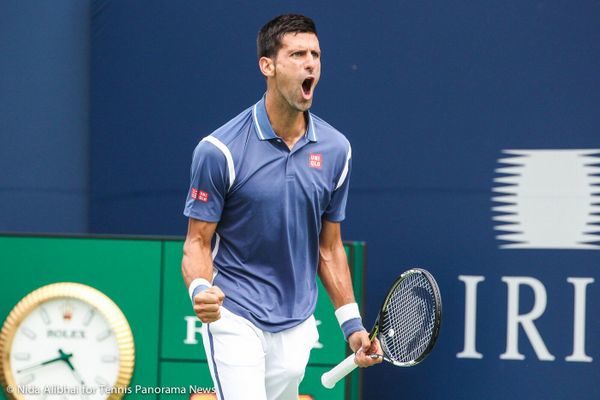 Djokovic had a set point chance in the topsy-turvy first set tiebreak at 9-8. The Austrian Thiem, making his year-end final debut served for the set at 6-3 in the tiebreak, double faulted twice in a row, hit a backhand error to make it 6-6. Four set points later Thiem finally closed out the set 12-10.

The entire match changed after the first set. The 12-time major champion won twelve of the next fourteen games to close the match.

“It felt very good,” Djokovic said of the win. “Even though I lost the first set, I thought I didn’t do too many things wrong. It was just the very high quality of his game that prevailed in the first set.

“Yeah, a thrilling tiebreaker. He was 6-3 up, two double-faults. I had I think only one set point. He just played a good point. I was in the rally, but he just was going for his shots. In the end he managed to win that very long first set.

“I knew after that, the first opening couple games of the second set would be crucial for me to start with a break up, which I did. I felt more comfortable. I started swinging more freely in the second set. Obviously made him play an extra shot. He started making more errors, which I used.

“I was on top of his second serves, putting a lot of pressure. I thought I played very well in the second set especially, but the third as well.” 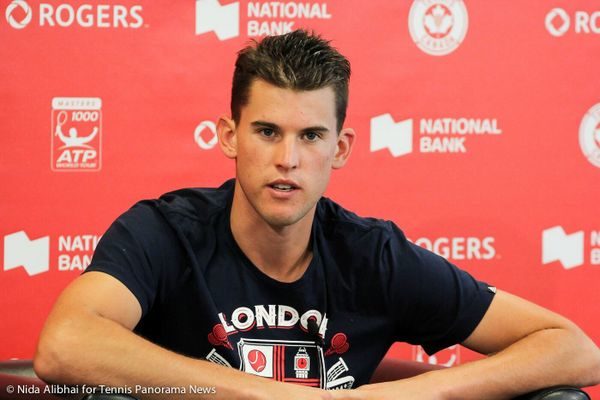 “It was a very good and very intense first set,” said the 23-year-old Thiem. After that, I lost a little bit of energy, which is required against a guy like Novak to play close and good sets.

“I came back obviously. I had the energy. But the beginning of the third set, I was trying again to get that match. He was playing well. I couldn’t quite keep the level up from the first set. Yeah, that’s why I lost in three.”

“Of course, I want to play two more good matches, then I will see what the outcome is. But first of all, it’s a very good experience for me to play three matches against top-10 players. Compared to the last few tournaments, it was a very good match for me today.

I just look to keep that up, and I will see what happens in the next matches.” 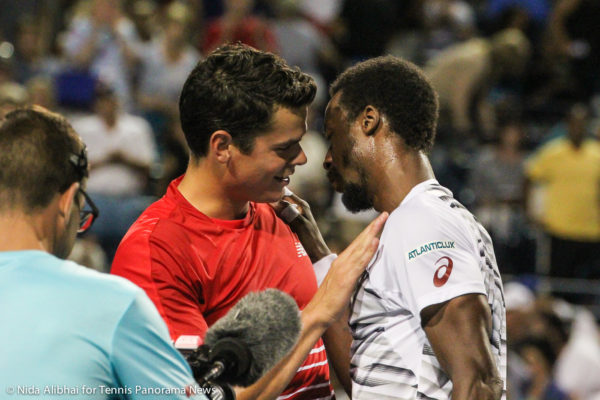 In the evening match, fourth seed Milos Raonic defeated sixth seed Gael Monfils 6-3, 6-4. The Canadian fired 10 aces past the Frenchman in his first ever round robin victory at the ATP World Tour Finals.

“I was really happy to lost with just a break in each set.”

“This guy (Raonic), he played very good today, like, with confidence. When you hurt for more than two, three weeks, you not play like that, guarantee you.”

“I didn’t feel any pain to the injury I had,” said the Canadian. “I think other muscles might be overworking to maybe compensate for that. I can feel them a little bit more fatigued and sore than they normally would be.

“But the injury is good. I feel like this is an ideal way to start considering the doubts that I was having. Some of the things I heard in the diagnosis were not the most positive, so this was a great way to turn around.”

Next up for Raonic is Djokovic.

“I was quite proficient on returning today. I took care of my serve like I hoped to. That’s what my game depends on. I hope I can keep moving forward.”

Jamie Murray and Soares are just 375 points behind No. 1 Nicolas Mahut and Pierre-Hugues Herbert.

“Our goal is just to try to win when we step on the court this week,” Murray said. “If it ends up that we’re the No. 1 team, that will be a huge achievement for us. If it doesn’t work out that way, we’ll still have had a great year, lots to be proud of, lots to look forward to going into 2017.”

Next up for the No. 2 is the Bryan Brothers.

“Yeah, it’s always exciting to play against them,” said the older brother of Andy Murray. “I mean, they’re clearly the best team in history with the amount of titles they won. They always bring a great energy to the court. You know, we all look up to them. We all aspire to kind of get to their level.

“Of course, probably they’re starting to kind of decline a little bit. But, I mean, that’s always going to happen when you’ve won so much, and time has taken on.

We’re really fired up to play against them. Should be a great match, I think. Well, I’m looking forward to it. I hope Bruno is, as well.”

“I am,” said a smiling Soares.