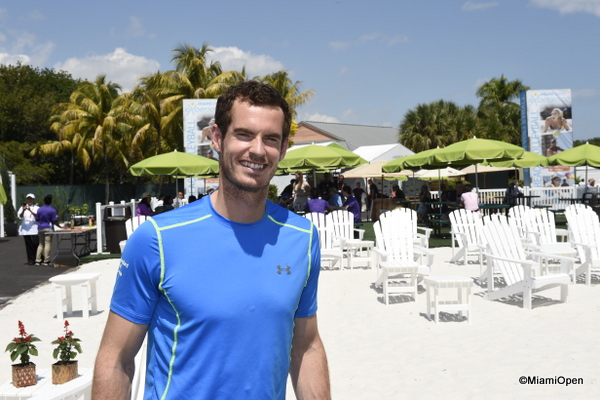 “I would like to try and stay there, obviously,” Murray said of his top ranking.  “It’s taken a huge effort the last five, six months to get there. I would obviously like to stay there. I’m aware that’s going to be extremely difficult because I had a great year this year. I only managed to do it by one match. To repeat that again next year is going to be extremely difficult.

“But now that I’ve got there, I obviously would be motivated to try and stay in that position. But yeah, I mean, the majors are what gets me working hard and what really, really motivates me.

“When I go away in December to train, I’m training with the Australian Open in mind. Because of the best-of-five-set matches, they’re the ones you have to really put in the extra work for and the extra training for. That’s what motivates me.”
The 29-year-old spot leapfrogged Djokovic for the No. 1 ranking on November 7, when he won the Paris Masters event. 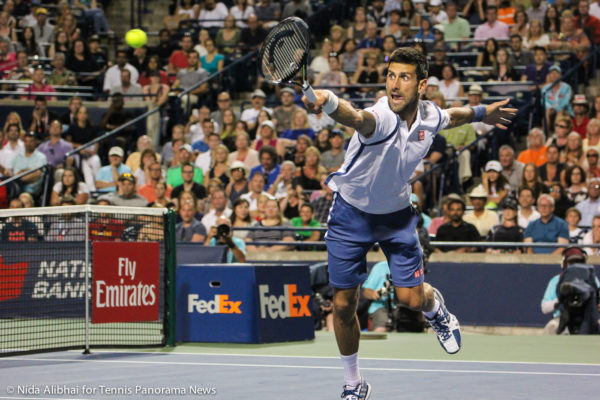 “I expected him to play on a high level, said the 29-year-old Serb. “As I said yesterday after my semifinals, I didn’t expect him to be too tired.

“But I just played very poorly, made a lot of unforced errors from the backhand side. It just wasn’t my day. On the other hand, credit to Andy for being mentally tough and playing the right shots, making me play extra shots in every rally. He definitely deserved to win.”

“Well, right now the goal is just to rest a little bit,” Djokovic said in his post-match news conference. “It’s been a long season, a very nice year, a lot to reflect on, a lot to take in. But, you know, it’s time to leave the racquet aside for a little bit, just recover, then I’ll start thinking about next season.”
“The last five, six months have not been ideal. Surely, you know, I could have maybe done slightly better in some tournaments. Nevertheless, I played finals of US Open, finals here. It’s still pretty good playing finals. Even though I set a high standard for myself, especially the last couple years, I’m very grateful to have had the career that I’ve had.

“But, you know, sometimes it’s just normal, I guess, to experience, to live these kind of things, not to have the half seasons as well as you want them to be, as well as they’ve been in the last three, four years. That’s all, you know.

“Surely there were things I could have done better on the court. I know that. It was also a tough season considering there were Olympic Games. I’ve just been through so much emotions in the first six months with Roland Garros in place. I needed some time to really take it all in, digest it. But I didn’t have that time. I had to a few weeks later be on the court right away. I guess that all had its toll.

“Right now I’m actually looking forward to have a month and a half with no tournaments. That’s something that is a luxury in the men’s tennis.”

For Murray, it’s been a career year, winning a second Wimbledon title, defending his Olympic gold and claiming three Masters Series titles. He was victorious in 8 finals and now has a total of 44 career titles. He’s on a 24-match win streak. He completed the year at 78-9.
“It’s a very special day, playing against Novak in a match like this,” said Murray. “We’ve played in Grand Slam finals, Olympics and matches like this – it’s been a tough rivalry. I’ve lost many of them, but I am happy to have got the win today to clinch the year-end No. 1. It’s very special, it’s something that I never expected. My team and family have been a great help, making a lot of sacrifices for me and my tennis. I’d like to congratulate Novak on everything he has achieved this year.”

Andy’s older brother, Jamie Murray and his partner Bruno Soares claimed the year end No. 1 doubles ranking as a team. This marks the first time in the history of the official ATP rankings that two brothers have finished year-end No. 1 in singles and doubles in the same season.
“These next few years, obviously I want to try and make them the best of my career, yeah, try and win as much as I can,” Murray said. “But it’s going to be tough because as you get older, you know, the young guys are going to keep improving and getting better. There’s some really good young ones now.