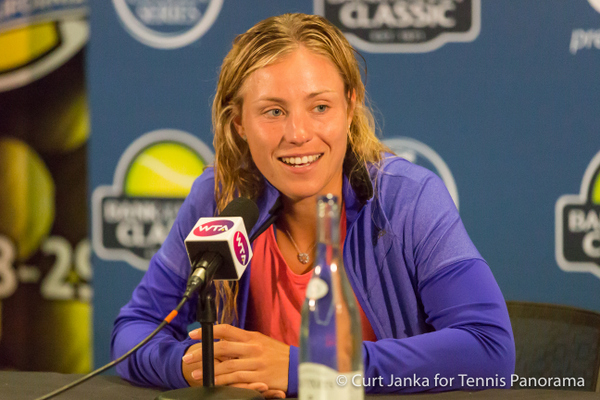 (December 13, 2016) The ITF announced today that Andy Murray of Great Britain and Angelique Kerber of Germany are the 2016 ITF World Champions. This is the first year that either player has received this honour. 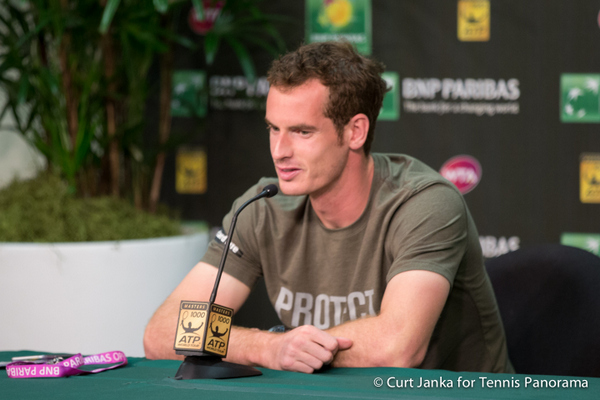 Andy Murray sealed the year-end No. 1 ranking in the final match of the season after defeating his great rival Novak Djokovic to win the ATP World Tour Finals. He won a total of nine titles during a milestone year, including his second Wimbledon triumph, and became the first player in history to win two Olympic singles gold medals with victory over Juan Martin del Potro at Rio 2016.

Murray said: “It means a lot to me to be named ITF World Champion. I have had such a memorable year, winning again at Wimbledon, retaining my Olympic title, and clinching the year-end No. 1 ranking in the last match of the season. It is particularly special with my brother Jamie also becoming World Champion.”

Angelique Kerber becomes Germany’s first World Champion since Steffi Graf received the last of seven awards in 1996. The 28-year-old enjoyed a stunning season, defeating Serena Williams to capture her first Grand Slam title at the Australian Open, before going on to win the US Open. She was also a silver medallist at the Olympic Tennis Event and runner-up at the BNP Paribas WTA Finals.

Kerber said: “I’m truly honoured to be named ITF World Champion and to line up with all these past champions. This year was by far the best of my career with so many unforgettable experiences and emotions. I am grateful for the recognition and I’m looking forward to the upcoming challenges.”

Jamie Murray and Bruno Soares clinched the year-end No. 1 team ranking in the very last event of 2016 at the ATP World Tour Finals. The British-Brazilian duo enjoyed a breakthrough first season together, capturing their first Grand Slam title at the Australian Open, and going on to win the US Open. These were the first major men’s doubles titles for both players.

Murray said: “We are very proud to receive this award. It’s been an incredible year for us, winning two Grand Slams and finishing as the No. 1 team in just our first season together.”

Soares said: “As a new team coming into the season there is a lot of expectation and belief, but also some doubts and uncertainty, so for us to finish the year as the No. 1 team winning two Slams was amazing. It gives us a lot to look forward to in the future.”

Caroline Garcia and Kristina Mladenovic also enjoyed an outstanding first season together to end 2016 as the No. 1-ranked team, and help France reach the Fed Cup by BNP Paribas Final. They captured their first Grand Slam title at Roland Garros, and went on to reach the final at the US Open. This is the second honour for Mladenovic, who received the ITF Junior World Champion award in 2009.

Garcia said: “We really had an exceptional year with great victories on the court, even though we only started playing together at the beginning of 2016. Winning Roland Garros at home was definitely the culmination of the year. It is an incredible success to finish the No. 1 team in the world, and an honour to receive this ITF trophy.”

Mladenovic said: “It is a great achievement for Caroline and I to win this trophy after having played only one season together. The highlight of the year was definitely winning the French Open in our own country. We get on very well both on and off court and are looking forward to more success next year.”

ITF President David Haggerty said: “Andy Murray and Angelique Kerber have both been rewarded for their hard work and dedication with exceptional years that see them worthy recipients of the ITF World Champion awards. Our two doubles World Champions, Jamie Murray and Bruno Soares, and Caroline Garcia and Kristina Mladenovic, have shown impressive teamwork in their first season together. All these players have taken great pride in representing their country, and are fine ambassadors for our sport.”

The ITF’s selection of its senior World Champions is based on an objective system that considers all results during the year, but gives special weight to the Olympic Tennis Event, Grand Slam tournaments, and two ITF international team competitions, Davis Cup by BNP Paribas and Fed Cup by BNP Paribas.

Gordon Reid had an outstanding year to become the first British player to become Wheelchair World Champion. The 25-year-old won his first two Grand Slam singles titles at the Australian Open and Wimbledon, and was also runner-up at Roland Garros. He went on to win singles gold at the Paralympic Tennis Event, before clinching the year-end No. 1 ranking by reaching the final of the NEC Masters.

Reid said: “It’s a great honour for me to complete the best year of my career by finishing year-end No.1 for the first time. I can’t thank all of my coaching team, family and friends enough for all their dedication and support, which was a vital part of my 2016 successes.”

Jiske Griffioen is the only repeat ITF World Champion in 2016, collecting the women’s wheelchair honour for the second year. The 31-year-old captured two of the three Grand Slam singles titles at the Australian Open and Wimbledon, and went on to win two gold medals at the Paralympic Tennis Event. She finished 2016 with victory at the NEC Masters and held the No. 1 ranking throughout the year.

Griffioen said: “It was an incredible year for me! To win two Grand Slam titles, the Masters and be on top of the rankings for the whole year is something I’m proud of for sure. And my dream of winning two gold medals at the Paralympics in Rio came true. All the hard work paid off.”

Miomir Kecmanovic is the first Serbian player to be named ITF Junior World Champion following a triumphant end of season. The 17-year-old from Belgrade enjoyed an 18-match winning streak in winning the titles in Mexico City, the Eddie Herr tournament and Orange Bowl to seal the year-end No. 1 ranking. He won a total of four singles and two doubles titles, and was runner-up at the US Open.

Kecmanovic said: “It is great news to be named 2016 Junior World Champion. I also understand that this is just one important milestone on a difficult trip. I am focused on the long road ahead of me, and will do my best to reach the top with the support of my family and a great team around me.”

Anastasia Potapova becomes Junior Girls World Champion in her first full season on the ITF Junior Circuit. The 15-year-old from Russia reached the quarterfinals or better at all four Grand Slam tournaments, winning her first major title at Wimbledon. She was also a semifinalist at Roland Garros, and captured a total of three singles and one doubles title.

Potapova said: “I’m very pleased to finish the year as ITF Junior World Champion. After I won Wimbledon, the next goal for me and my team was to become No. 1 in the ITF ranking, and I am very happy that we’ve managed to succeed. They key to achieving this was hard work, desire and passion for what you do.”

ITF President David Haggerty said: “The list of 2016 ITF World Champions reflects an exciting year of change in our sport, and I would like to thank all the players for their contribution to another memorable tennis season.”