You are here: Home / Features / On The Call: ESPN / Australian Open Conference Call with Chris Evert and Patrick McEnroe 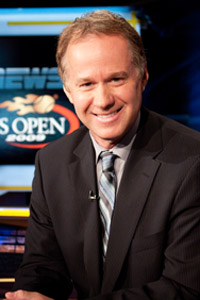 (January 11, 2017) ESPN tennis analysts Chrissie Evert and Patrick McEnroe spoke with media Wednesday about the Australian Open, which starts Sunday, Jan. 15 (Monday in Melbourne), with 100 live hours over two weeks including the usual marathon overnight telecasts on ESPN television and 1,400 on WatchESPN that includes every match – singles, doubles and juniors, culminating with the women’s and men’s championships.  Highlights of the call, followed by the full transcript:

On:  The State of Serena

On:  Which is the bigger issue in tennis, PEDs or match fixing?

On:  What’s the one thing you would change about tennis?