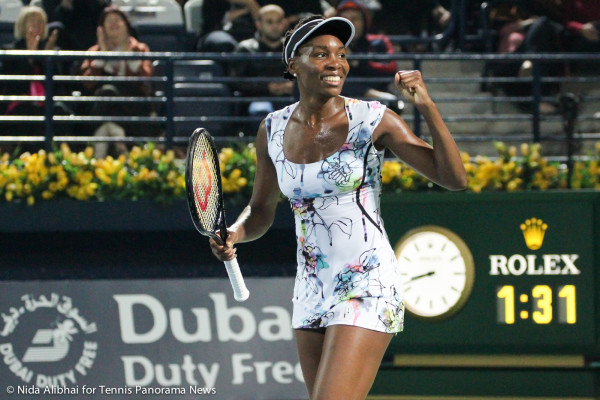 (January 26, 2017) Playing in her 21st major semifinal, the seven-time major winner Venus Williams advanced to her first Australian Open final since 2003, when she beat her American countrywoman CoCo Vandeweghe 6-7(3), 6-2, 6-3.

The last major final in which Williams competed was in 2009 at Wimbledon when she lost to her sister Serena.

At 36-years-old, the No. 13 seed will be the oldest female major tournament finalist in the Open Era.

The 25-year-old Vandeweghe, playing in her first major final four, opened the match with a break of serve, which Williams returned the favor in the next game. Both women held on to their serves to reach the tie break in which the younger American Vandeweghe dominated.

Vandeweghe reached the semifinals with back-to-back victories over reigning major tournament winners – in the round of 16 she took down No. 1 seed and Australian Open defending champion Angelique Kerber and in the quarterfinals she stopped French Open winner Garbine Muguruza.

“The way she’s been playing this tournament, it’s like knock-out, not missing, just playing beautifully,” Williams said. “Unless the nerves get to you or you just have a bad day, I had to expect that she was going to be able to execute that once again, and she did.” 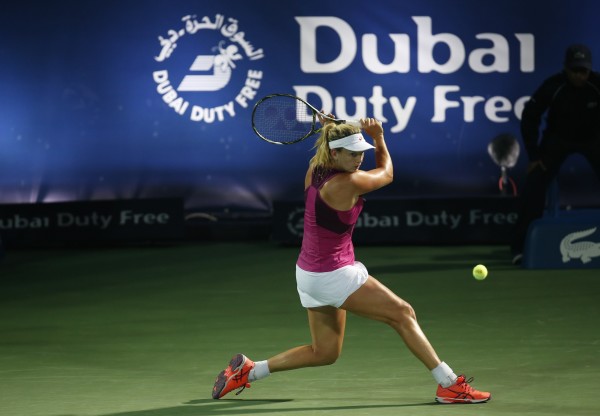 “I mean, to be honest, the way she was playing the match, it was like I was just going to have to play defense, try to play offense whenever I had an opportunity,” Williams said.

“I want to dictate, but the way she was playing, it was almost impossible to do so. So it was just about trying to control the point in whichever way that was. If that meant that defensively I controlled the point, or I was able to get a little offense, whatever it was.

“I mean, just be the one winning the point at the end somehow.”

In the second set, Williams broke Vandeweghe to take a 2-1 lead, then broke her again to go up 4-1 when Vandeweghe hit two double-faults in a row.

Vandeweghe then had four break chances in the sixth game but could not convert.

Thank you #Vandeweghe for your wonderful performance at this year’s #AusOpen pic.twitter.com/xxuSL3OQj2

Williams opened the third set with a break. In her next game, she had to fight off two break points to hold for 2-0. Williams ended the match by breaking her opponents serve in the ninth game.

Williams hit 30 winners against 35 errors  with 11 aces. Vandeweghe had 37 winners, 50 errors, 10 aces and 11 double-faults. A key statistic for Vandeweghe was failing to convert on break points – she was 1 for 13.

“Everyone has their moment in the sun,” Venus said in her on-court interview. “Maybe mine has gone on a while. I’d like to keep that going. I’ve got nothing else to do.”

Venus Williams will play her sister Serena, ranked No. 2-ranked in the final.

Venus was asked about possibly playing her sister Serena in the finals: “I would more than anything love to see her across the net from me on Saturday.”

“I think Venus is an unbelievable competitor,” Vandeweghe said. “Putting age aside, age is just a number. For her to be the great champion that she is is a great accomplishment. It doesn’t matter if she’s 36 or 18 or anything like that.

“For me, I appreciate her as an athlete, as a competitor, as well as I would probably be feeling joy and glee if I had won the match today.

“I think it shows kind of the human aspect of sports. I think that’s a very important factor that sometimes gets pushed to the side. We’re all human. We’re not perfect out there. We’re going to have some screw-ups. You’re also kind of watching us have our high moments and low moments, as well.

“I think it’s great for her to make a final. To have an American in the final is a great achievement for American tennis. Hopefully Serena makes it there, as well, so we can have two Americans into the final.”

Venus was asked about her post-match celebration: “I know, that moment was just joy,” she said. “It was a heartfelt match. If the match is 6-2, 6-2, you know, the moment is kind of clear that it’s going to happen. But she played so well. There was never a moment where she wasn’t just hitting the ball amazing and striking the ball with just such precision.

“It’s always very satisfying to be able to get through in such a big match against an opponent who was just on fire.”

Venus talked about how she will play the final: “Honestly, I probably just need to continue playing like I’m playing. I haven’t played badly. I lost a set today. I was not happy about it. But my opponent deserved that set. So what else could I do? Try to get the next two.

“At the end of the day, my main goal will be to execute my game. I’ve had to do that in the first round. I had to do it in this round. In the final, too.

“If I can achieve that, that’s more or less what I’ll be thinking of, not necessarily that it’s the final. Of course, you think of that, too. I mean, that’s normal. But if you’re especially mentally strong, you can block that out, too, so I’ll try.”

“I’m so excited after that last match. But my mind changes over quickly into what’s at stake next, so that’s where I am.”