You are here: Home / Davis Cup/Fed Cup / Canada and Great Britain Tied at 1-1 After Day One of Davis Cup Play 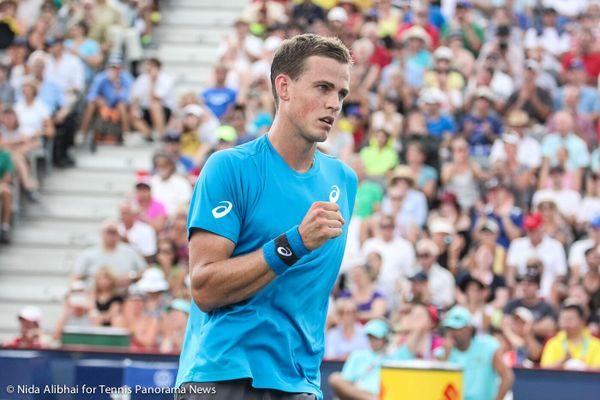 World No. 45 Evans unhinged Shapovalov in one hour and 50 minutes, breaking the 17-year-old Canadian four times in the three-setter to give Great Britain the early lead. While Shapovalov flaunted his powerful serve, firing 13 aces to Evans’ three, young nerves seemed to have contributed to his 39 unforced errors on the scoresheet.

“Just [Evans’] confidence alone, those points at deuce, those break points. He knows he’s got them, he knows what to do,” Shapovalov said in the post-match press conference. “I think I played the right way, my strategy was right. I felt like I was right there with him. It was very close and I had my chances but he played the big points better. That’s tennis, I’ve got to move on from it.” 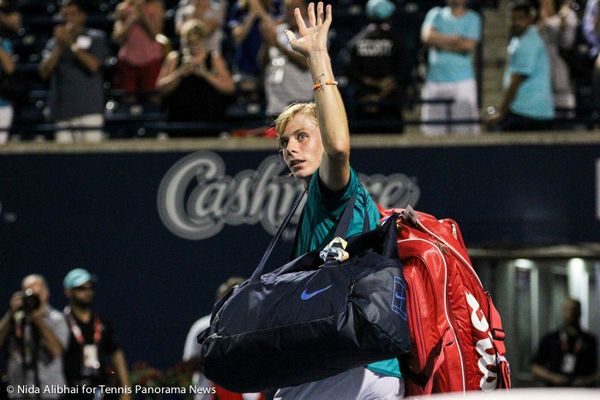 But Shapovalov has shifted his focus to the matches ahead, and kept the bigger picture in perspective.

“I’m playing for my country first of all, and myself second so I’m going to give it all I have every single match I play, so that was that. The match is over and I did everything I could. Now I’m getting ready for Sunday.”

In the second match of the day, Pospisil turned things around for Canada. He dominated Great Britain’s No. 2 player Kyle Edmund and closed out the second match of the day in just over two hours. The 22-year-old Brit challenged Pospisil in the third set, forcing a tiebreak, but a strong performance from the Vancouver resident at the net and the support of a roaring crowd helped him capture the win. Pospisil won 86 per cent of first serve points, and didn’t allow Edmund a single break from four opportunities throughout the contest.

“I’ve been struggling of late to get some momentum and rhythm in matches and confidence. It’s been a bit frustrating but I’ve been trying to stay patient and I knew that it was going to click at some point. This is a bit of a turning point for me, and Davis Cup is a good platform for me to get some confidence and momentum,” Pospisil said after the match. “I enjoy playing in front of a home crowd, and for my team and country. Whether it’s that’s little bit of adrenaline to get me out of a slump, I don’t know but I’m definitely thrilled with the way I played.”
.
“This court suits Vasek really well,” said Canadian captain Martin Laurendeau. “It forces him to play a certain way and it exposes his strengths tremendously. I had full confidence in Vasek going in. The set-up is perfect for him – Davis Cup and especially the crowd.”

The crowd in question, which was the largest-ever attended Davis Cup day hosted in Canada, clocked in at 6,962 and provided constant energy and support throughout the day’s action.

Play picks back up on Saturday at 1 p.m. ET with the doubles match, scheduled to feature Canadians Daniel Nestor (Toronto) and Pospisil against Jamie Murray and Dominic Inglot. The team captains have until one hour before the match to change their nominations. The tie will conclude on Sunday with the two reverse singles matches, scheduled to begin at 12 p.m. ET. All matches will be best-of-five sets, with the exception of Sunday’s matches if the tie has already been decided.

Limited availability for tickets on Saturday and Sunday remain. They can be purchased online at TDPlace.ca, by phone at 1-877-489-2849, or in person at the box office at TD Place.

Matches will be shown on Sportsnet ONE on Saturday and OLN on Sunday, and TVA Sports on both days. Please check local listings for the full schedule.