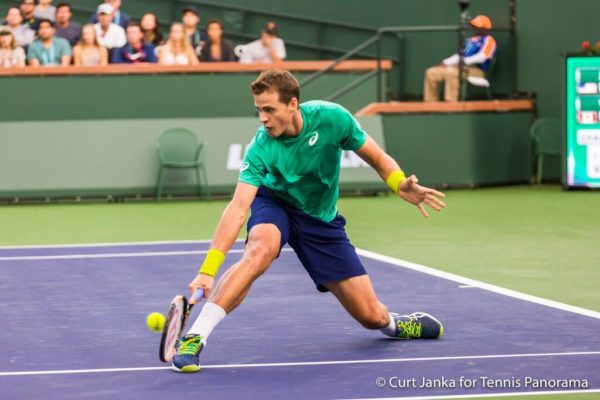 (March 11, 2017) A Canadian qualifier ranked at No. 129 in the world pulled off the win of his life on Saturday night at the BNP Paribas Open. Vasek Pospisil shocked world No. 1 Andy Murray 6-4, 7-6(5) for his first-ever victory over a top ranked player.

Pospisil became the second-lowest ranked player to upset a No. 1 in a Masters 1000 event.

“It’s by far the biggest win of my career. I’m just so thrilled. I’m a bit speechless, “said the Canadian during an on-court interview.

“He’s the best player in the world. I knew I had to play the perfect match.”

Three years ago, the Canadian was ranked No. 25 in the world, but has seen his fortunes fallen to a low of 135th in the world during the last year.

Murray’s drought continues in the desert, losing for the fourth time in the second round at Indian Wells. Murray, who has never won this tournament, did reach the final in 2009, when he lost to Rafael Nadal.

“Today it wasn’t so much the serve-volley that was the problem, it was my own serve,” Murray said to media.