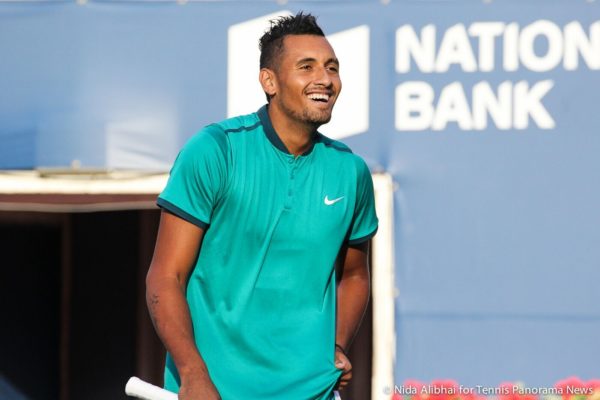 (March 24, 2017) Nick Kyrgios, has added his name to the Aegon Championships line-up, which takes place at The Queen’s Club, 19th-25th June.

“I’m real excited and pumped to be coming back to Queen’s,” said Kyrgios. “It’s a great tournament, with Wimbledon soon after, and I love playing on grass. It’s my favourite surface, it suits my game a lot and I’m expecting big things on grass this year.”

Kyrgios, 22, has twice beaten former World No.1 Novak Djokovic in straight sets over the past month, with illness forcing him out of the quarterfinals in Indian Wells last week. He beat Nadal at Wimbledon in 2014 on his way to the quarterfinals in his debut year at the tournament, but he expects that to be just the beginning of his achievements on grass.

“I don’t think British people have seen the best of me yet. I was very young when I had that run at Wimbledon. Mentally I have improved a lot recently, I’m in a great place at the moment, I feel like I’ve matured and that’s helping me. I’m playing better tennis, I’m getting some better results.”

Stephen Farrow, Aegon Championships Tournament Director, said: “Nick is the most exciting young player in tennis at the moment, with several wins already over some of the all-time greats. We can’t wait to see him in action at The Queen’s Club.”

With Centre Court capacity increasing by 30% in 2017, more than 15,000 additional people will be able to watch the action at the Aegon Championships – the ATP World Tour 500 Tournament of the Year. The tournament has already sold more than 8,000 additional tickets than ever before.

Earlier this year, Andy Murray made a career-commitment to play in the Aegon Championships, and the BBC announced that they will cover the tournament until at least 2024.

Last year, the Aegon Championships was voted ATP-500 Tournament of the Year by the players – the fourth successive year that the event has received a tournament of the year award.

Tara McGregor-Woodhams, Head of Brand & Sponsorship, Aegon UK said: “Nick Kyrgios is in such good form at the moment and we are all looking forward to seeing him in action. We are in for a wonderful week of tennis at the Aegon Championships.”