You are here: Home / Features / Victoria Azarenka To Make Her Return To Tennis at The Bank of the West Classic 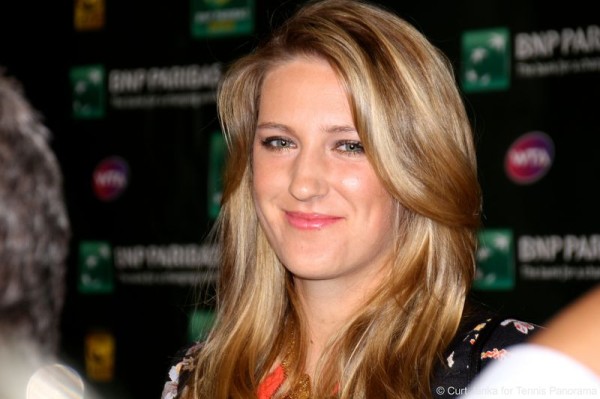 (April 9, 2017) STANFORD, Calif. (www.BankOfTheWestClassic.com) – 2017 Bank of the West Classic will feature two-time Grand Slam champion Victoria Azarenka who has announced she will make her return to the Women’s Tennis Association (WTA) at Stanford.

Azarenka, a former World No.1 and two-time Australian Open singles champion, will make her return to the WTA tour following the birth of her son Leo in December.  Azarenka will be making her fifth appearance at Stanford where she won the singles title in 2010 and the doubles title in 2011.

“I am very excited to be returning to the WTA at the Bank of the West Classic,” said Azarenka. “Becoming a mother has been the most rewarding thing that has ever happened to me and really puts things in perspective. I am looking forward to beginning this new stage of my career.”

The Bank of the West Classic has also received a commitment from World No. 11 Madison Keys. The young American had a breakthrough 2016 season, winning her second WTA title, breaking into the World Top 10 and qualifying for the prestigious year-end WTA Championships for the first time in her career.  She ended the year ranked a career-high World No.8.

The Bank of the West Classic, a Premier WTA event, features a 28-player singles draw and a 16-team doubles draw. The event is owned and operated by IMG and serves as the opening women’s event of the Emirates Airline US Open Series.