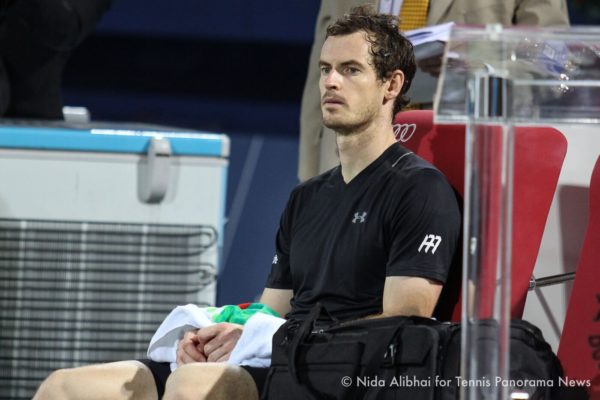 (May 11, 2017) No. 1 Andy Murray lost to lucky loser Borna Coric of Croatia in the third round of the Madrid Open on Thursday 6-3, 6-3. Coric became the first person to reach the quarterfinals as a lucky loser in Madrid. Coric reached the main draw after losing in the qualifying tournament when Richard Gasquet withdrew.

“After one match of the qualies where I lost and I was booking my flight back to home, it is surprise for sure,” Coric said of the win.

“But in last two matches, I’ve been feeling pretty good, like I was feeling good like back in Marrakesh.

“I was expecting to play good, but I was not sure how it was going to end. But I was playing really good today.” 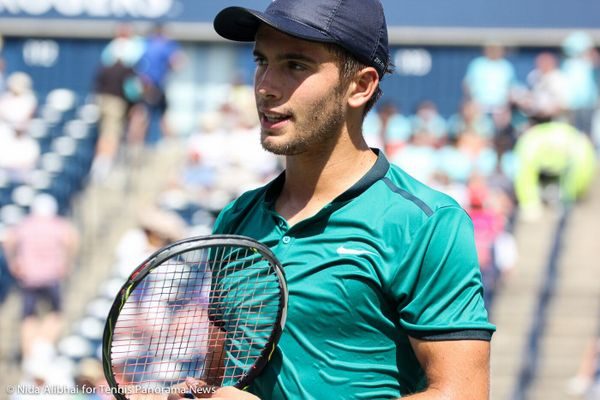 “It’s a huge win, for sure,” the No. 59 ranked Coric continued. “It’s going to mean to me a lot. Also regarding my confidence, which is very important in tennis, obviously, and especially when you are a player like me. So the confidence does play I would say a very big role in my tennis.

As for Murray, he has failed to make it past the semifinals of the three clay court events in which he has participated this year.

“Well, most things weren’t working particularly well,” Murray said. “Yeah, wasn’t great. I mean, I started the match okay, but when I started to go behind, I didn’t find any way to improve my game or to make it more difficult for him. I just kind of let the same things keep happening, making mistakes very early in a lot of the rallies. I wasn’t building any points really.

“You know, I didn’t help myself sort of find a way into the match to start playing better. That was disappointing because, you know, you’re not always going to play your best tennis, but you can still find ways to make it difficult for your opponent, and I didn’t do that at all today.”

“It actually felt quite similar to the match I played against him in Dubai. You know, he serves well. He moves extremely well. You know, he never gives matches away. He makes a lot of shots. He’s very consistent.

“You know, if you’re not on your game, and he’s moving well, making a lot of balls, he can make it very, very tough for you.”

Coric will play his quarterfinal against Dominic Thiem of Austria, who  saved five match points to beat Grigor Dimitrov 4-6, 6-4, 7-6 (9). 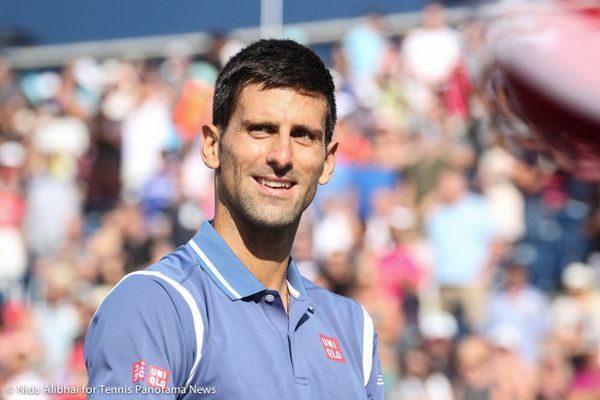 “Level was definitely very high today I thought from both players,” said the Serb. “I think Feliciano played really well, especially in the second set. I wasn’t winning too many points on his service games until the last one where I managed to return many balls back in play and then win the match.

“One break was enough, 5-4, 6-5, both sets. But, as I said, it was quite a solid performance from both players, high quality. I was enjoying very much.

“Of course, in the end, you know, 5-All, Love-30, a couple of really long points. I was in trouble, and I managed to get my way out of it, as I said, with some great gets. That pumped me up obviously.

“You know, you’re trying to hold your composure and always find the right balance between pumped up and having great intensity on the court, but at the same time having calm and concentration.”
Djokovic will take on Kei Nishikori next. The 2014 U.S. Open finalist defeated David Ferrer 6-4, 6-3. Nishikori is playing his first tournament since March, he’s been nursing a right wrist injury.

In the night match, Rafael Nadal gave Nick Kyrgios a lesson in clay court play when he demolished the Australian 6-3, 6-1 for his tour leading 31st win of the year.

“I think I played really well tonight,” said the four-time Madrid winner. “Since the beginning of the match, I committed just a few errors. I think I returned the ball very well, even better than normally.

“I think I served very well, committed very few errors. I think I made a step forward compared to yesterday. Of course, to be able to win 6-3, 6-1, whatever the second was, I can’t remember, I think it’s great news. I think it’s not normal to win against an opponent like this because Nick is a really good opponent.”

In women’s play Simona Halep, the highest seed left in the women’s draw dismissed Coco Vandeweghe 6-1, 6-1 to reach the semifinals.

“I was a little bit nervous, to be honest, before the match, because she has a big serve,” Halep said.

The Romanian will face Anastasija Sevastova next.

Kristina Mladenovic will play Svetlana Kuznetsova in the other semifinal.