You are here: Home / Events / New York City Transforms Into Paris for “Roland-Garros in the City” June 9-11 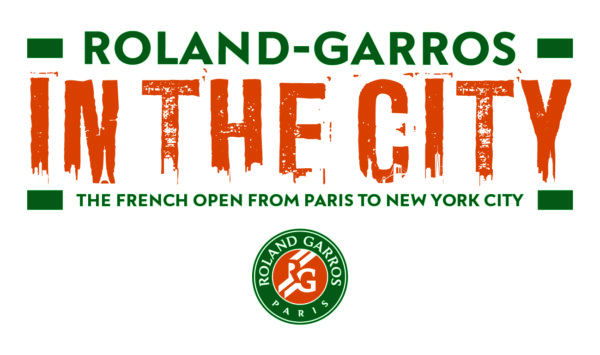 Sights, sounds and flavors of the famed French Open light up Manhattan thanks to French Tennis Federation in partnership with Longines and Lacoste

(May 17, 2017) New York, NY – The Big Apple will become the City of Light this June when “Roland-Garros in the City” arrives in time for the famed French Open finals, June 9 – 11.  Created by the French Tennis Federation (Federation Française de Tennis – FFT), organizers of the world’s premier clay court event, Roland-Garros (known as The French Open), in partnership with the Swiss watch brand, Longines, and Lacoste, New Yorkers will have the opportunity to experience the feel of Paris at the Brookfield Place Waterfront Plaza in Lower Manhattan’s Battery Park City.

“Roland-Garros in the City” will capture the excitement and magic of the French Open with the live transmission of the matches of the men and women semi-finals and finals on a big screen in the Plaza, free for all to watch.  A real, full size red clay court in the tradition of Roland-Garros will be the focal point, providing free classes and recreation for the general public.

In the lead-up to “Roland-Garros in the City,” two French food trucks will travel around the city from June 3 – 8, offering delicious, free ice cream, information about the event and an opportunity to watch the matches.  The waterfront space will feature an historic gallery depicting images and the stories behind the classic Roland-Garros posters – created by some of the world’s most famous artists including Joan Miro and New York-based artist Viz Muniz, 2017 Roland Garros poster artist – and an interactive replica of the famous Bridge of Locks along the Seine will encourage lovers to lock their love in metal throughout the event.

Other activities include Longines’ “Smash Corner” at which you can test the speed of your serve, Lacoste Boutique, photo activation and a Kid Zone, among other activities.

A complete list of activities will be available soon.