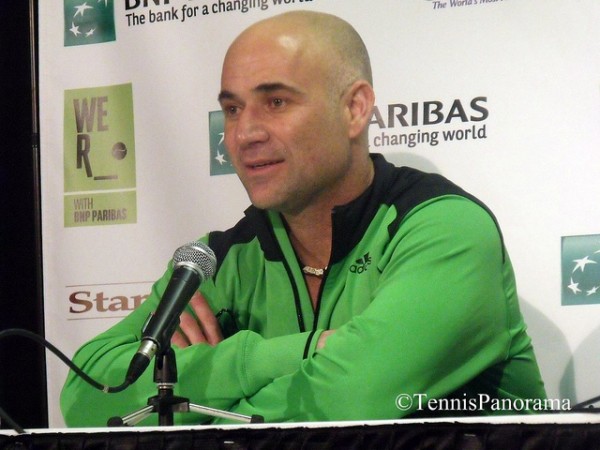 (May 21, 2017) Novak Djokovic has a new coach, for the French Open at least. Andre Agassi will be with the No. 2 player during Roland Garros. Djokovic made the formal announcement in Rome.

“I spoke to Andre the last couple weeks on the phone, and we decided to get together in Paris. So he’s gonna be there. We’ll see what future brings,” Djokovic said to media after his loss to Alexander Zverev in the Rome Masters final.

We are both excited to work together and see where it takes us. We don’t have any long-term commitment. It’s just us trying to get to know each other in Paris a little bit.

“He will not stay the whole tournament. He’s gonna stay only to a certain time, and then we’ll, you know, see after that what’s gonna happen.

“Obviously Andre is someone that I have tremendous respect for as a person and as a player.” He continued. “He has been through everything that I’m going through. You know, on the court he understands the game amazingly well. I am enjoying every conversation that I have with him.

“But also, on the other hand, he’s someone that nurtures the family values, philanthropy work. He’s a very humble man, is very educated in just — you know, he’s a person that can contribute to my life on and off the court a lot. I’m very excited to see what is ahead of us.”

“Well, I talked with Andre, as I said, for the last two, two-and-a-half weeks. You know, we get to know each other over the phone for now, but in Paris we will see each other in person, and then we will take it from there.”

“I don’t know Andre that well, because it’s only a couple weeks that we are in communication, let’s say, but I already feel like we are very kind of close to each other and creating this nice vibe. 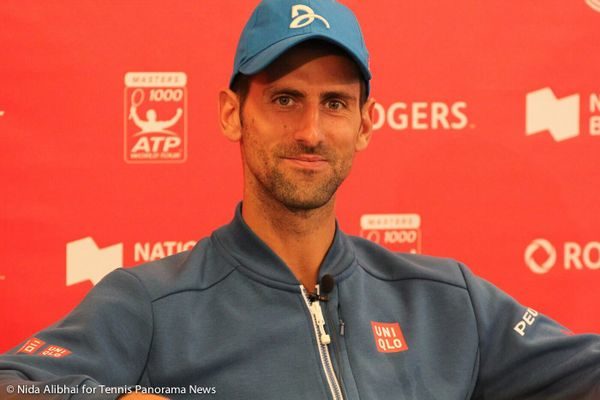 Asked about how he persuaded Agassi to coach him, Djokovic said: “Not going to discover the secrets of my persuasion.

“Look, you know, he’s someone that has been so successful in this sport, and he’s a legend of our sport. He’s made a mark in this sport forever. He’s won everything there is to win in tennis.

“You know, he was a revolutionary player because he had this charisma, he had this, you know, approach to tennis and to life that was quite different from others. That’s why he was so interesting.

“Yes, he has been away from the tour for last 10, 15 years, but speaking with him, he’s been definitely following up closely all the matches, the big matches, especially on the TV. So he knows players, he knows everyone that I was playing against in last couple of weeks, so we talked before every match, more or less.

“So it was obviously his call whether or not he wants to take that step and, you know, try to work with me. He has accepted it, and I’m very grateful for that. It’s exciting, of course. I’m very happy about it.

“We’ll see. You know, Paris is the first tournament where we’re going to be together in person on the court. So good times ahead.”

Agassi, an eight-time major winner and member of the Tennis Hall of Fame retired in 2006.

Djokovic completed a career “Grand Slam” last year when he won the French Open, holding all four majors at the same time. Since then he’s won just one tournament out of the past 11 he’s entered.