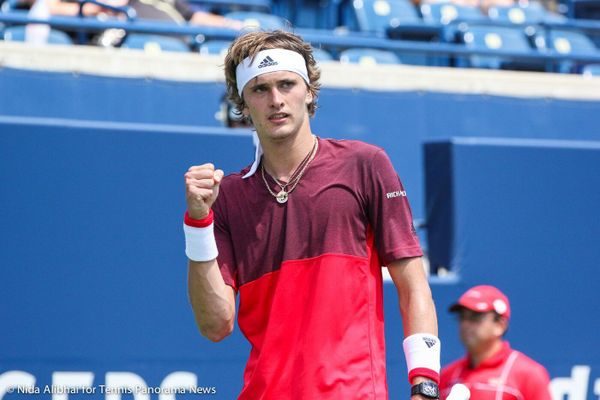 (May 21, 2017) Alexander Zverev defeated Novak Djokovic 6-4, 6-3 on Sunday to win the Italian Open for his first Masters 1000 title. The win, in his first-ever meeting against Djokovic makes him at 20, the youngest Masters tournament winner since Djokovic won Miami 10 years ago in Miami at 19.
“It’s nice to know that I can compete and play and win the biggest tournaments on tour against the biggest players on tour,” Zverev said.
“I’m very happy the way I played,” noted the winner. “Very happy with my performance all week, actually. And especially today, I think today was one of the best matches I ever played maybe.

“You know, I knew I had to be aggressive from the first point on and to the last. It was very important for me to be able to stay this aggressive and don’t let him take over the game.”

“He’s making his mark already,” Djokovic said. “Today winning one of the biggest tournaments – absolutely deserved. Played great, served great. On the other hand, he didn’t get much from my side. I played very poor today. Just couldn’t find any rhythm.”

“He served very well. I just wasn’t able to get any rhythm on my returns. If we would get into a rally, he would smash the ball from the first or second shot… There is no doubt he took time away from me. It happens. If he serves this well and this efficiently, it’s tough to play him on any surface.”

Djokovic also announced that Tennis Hall of Famer Andre Agassi will coach him during the French Open.

Zverev will move up to No. 10 in the world on Monday. 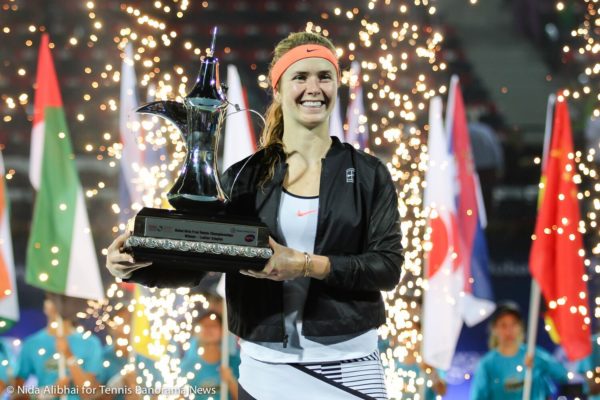 In women’s action, Elina Svitolina has moved up to No. 1 in the “Road to Singapore” race by beating Simona Halep 4-6, 7-5, 6-1 for her fourth title of the year. She also leads the WTA Tour with 31 match wins this season.

“Every day I’m just trying to work on my mental part, my physical, my tennis,” said the Ukranian. “Everything just came together and I’m very happy that it’s happened in such a big tournament.”

Halep, who won Madrid last week, rolled her ankle near the end of the first set.