More than 100 Live Hours Planned from First Day of Play to Championship Sunday, with Another 500 Hours of Digital Competition on Tennis Channel Plus

LOS ANGELES, May 22, 2016 -Expanding the most comprehensive French Open coverage in television, Tennis Channel will add the women’s doubles final and retired American star James Blake (@JRBlake) to its 11th telecast of the world’s top clay-court event, set for May 29-June 11. This will mark Blake’s first time on air for the channel in Paris. The network will again show close to 80 percent of all live French Open hours on television this year, alongside another 500 hours of live matches on streaming service Tennis Channel Plus.

As in years past, the 15-day television experience will feature daylong match blocks; encore matches between the end of one day’s play and the start of the next; coverage from Opening Day to Championship Sunday; and an on-air team of Hall of Fame analysts, award-winning sportscasters and widely read tennis reporters. Tennis Channel plans more than 100 hours of live coverage at Roland Garros (commonly referred to as the French Open), and close to 340 overall via encore matches. This is following five days of coverage from this week’s French Open qualifier matches on air and on Tennis Channel Plus.

For much of the event, Tennis Channel’s live telecast begins with the start of play in Paris at 5 a.m. ET and runs through the last match of the day, typically around 3 p.m. ET (complete schedule follows). Match encores then run through the night up to the start of the next day’s play at 5 a.m. ET. Live coverage will include both women’s semifinals, one men’s semifinal, the mixed-doubles championships and – for the first time – the women’s doubles final. The network will air same-day encores of all French Open finals: men’s and women’s singles and doubles, and mixed doubles. Tennis Channel will be the exclusive television home for seven days of this year’s French Open. 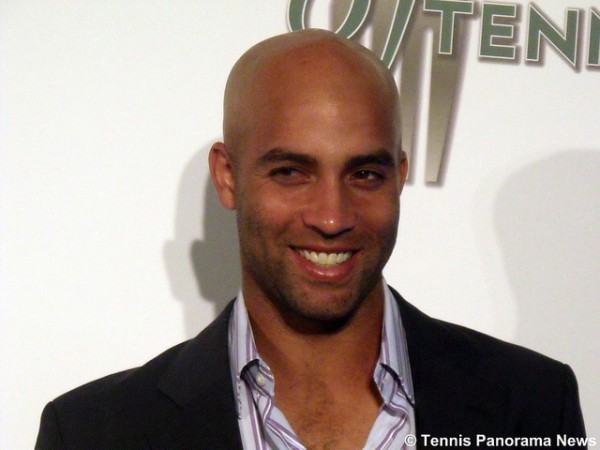 Blake rose to No. 4 in singles rankings as a player and was one of the most popular American stars of his era, with a loyal, traveling cheering section known as the “J-Block.” His two victories in the championship against Russia helped the United States win the 2007 Davis Cup, the first for the country a dozen years. He brings his analysis to Tennis Channel’s French Open booth for the first time this year, after signing a two-year extension in March that expands his role with the network.

“There’s always a magic to the French Open and I look forward to experiencing it as part of the Tennis Channel team this year,” said Blake. “As dominant as Rafael Nadal has been this spring, can anybody stop him in Paris? And the women’s side seems wide open without Serena Williams and Maria Sharapova. It will be fun to see what happens.”

He joins a team of Hall of Fame analysts that includes Martina Navratilova (@Martina), Jim Courier, Tracy Austin (@thetracyaustin) and Lindsay Davenport (@LDavenport76). Coach Paul Annacone (@paul_annacone), for his fourth year, rounds out the analyst team in Paris. A French Open doubles quarterfinalist in 1985, he is known throughout the sport for his accomplishments as the coach of both Pete Sampras and Roger Federer, two of the greatest to play the sport.

Mary Carillo will handle play-by-play and special features in Paris again this year. In her seventh year on the Tennis Channel French Open team, she is a multi-award winning journalist. She also won the French Open mixed-doubles championship in 1977.

Announcer Bill Macatee (@Bmacatee) has also been a part of every major on Tennis Channel for the past 11 years, as has Ted Robinson (@tedjrobinson) and Ian Eagle. Each of them highly decorated booth presences, their experiences run through many of sport’s most popular competitions including, in addition to tennis, MLB, NFL and NBA games; the Olympics; golf’s The Masters; and college football and basketball.

Brett Haber (@BrettHaber) is in his sixth year in Paris for Tennis Channel, and will again handle play-by-play and hosting duties for the network. Haber has covered a wide variety of sports in an Emmy Award-winning career that includes time spent at ESPN and as sports director for news stations in New York and Washington, D.C. Former player Leif Shiras (@LShirock) has been announcing tennis matches for two decades, and is in his 10th year on the Tennis Channel French Open team.

John Wertheim (@jon_wertheim) will return to Paris for Tennis Channel, his sixth time as a reporter, analyst and essayist. The Sports Illustrated executive editor and senior writer has authored numerous books and maintains the magazine’s widely read “Tennis Mailbag” column.

Tennis Channel Plus will again offer the most comprehensive French Open media platform for viewers, with more than 200 matches and approximately 500 hours of live tournament coverage overall. The streamed subscription service – available to everyone in the United States regardless of whether they subscribe to Tennis Channel on television – allows users to select which matches they want to watch, live or on-demand, from up to five different courts. The service is also showing live qualifier matches this week, available on-demand as well. On Friday, May 26, Tennis Channel Plus will stream the tournament draw ceremony and media day coverage live, beginning at 6 a.m. ET. It will provide similar Kids’ Day coverage on Saturday, May 27, starting at 8 a.m. ET. Tennis Channel Plus is a part of the network’s Tennis Channel Everywhere app, free to all iOS and Android users, and available on Apple TV, Roku TV and Amazon Fire devices.

In March Tennis Channel’s parent company, Sinclair Broadcast Group, announced the acquisition of Tennis magazine and digital platform www.tennis.com. Roland Garros is the first major since the unification of the largest print, television and digital media platforms devoted solely to the sport – and the synergies between Tennis Channel, www.tennischannel.com and www.tennis.com will be evident during the tournament. A new, daily digital wrap-up from the tournament grounds will be available on each platform and a variety of social media outlets, as will Tennis Channel Live at Roland Garros segments and interviews. In fact, 2017 will mark the first time all Tennis Channel French Open interviews that run on the network will appear on its website (and www.tennis.com) and they will be posted more closely to their original airtimes than interviews were in the past.

Tennis Channel short-form productions like “Destination Tennis,” “TenniStory,” “Holding Serve,” “Tough Call” and “Mary in Paris” will also appear on both Tennis Chanel’s and Tennis magazine’s websites after first airing on the television network. The same is true for the network’s first multiplatform series My Tennis Life, which allows viewers to follow life on the pro circuit in real time through updates and interaction from players Nicole Gibbs and Sam Groth.
Tennis Channel’s Live 2017 French Open Coverage

The network will televise same-day replays of the men’s and women’s singles and double finals, as follows (ET):