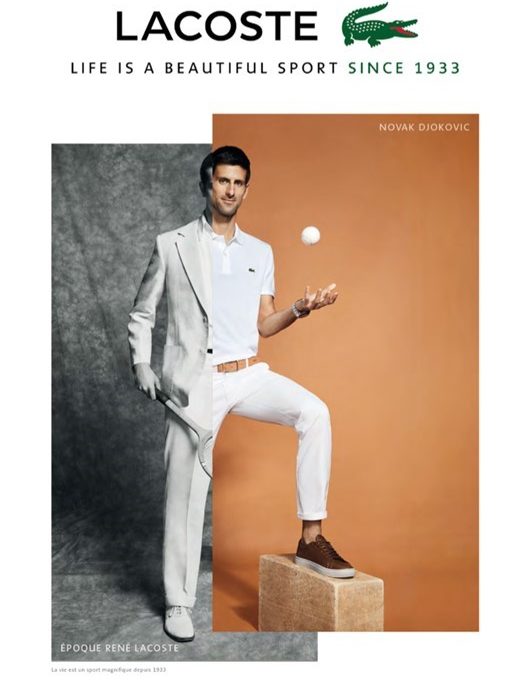 Djokovic will make his debut as LACOSTE’s new ambassador at The French Open. Additionally, LACOSTE is launching a new advertising campaign inspired by a changeover between the two champions, René Lacoste and Novak Djokovic.

Proud to be part of this revolutionary @LACOSTE story, that still lasts till this day. I'm proud to be the new Crocodile. ? #NewCroc2017 https://t.co/3MH3v15hGx