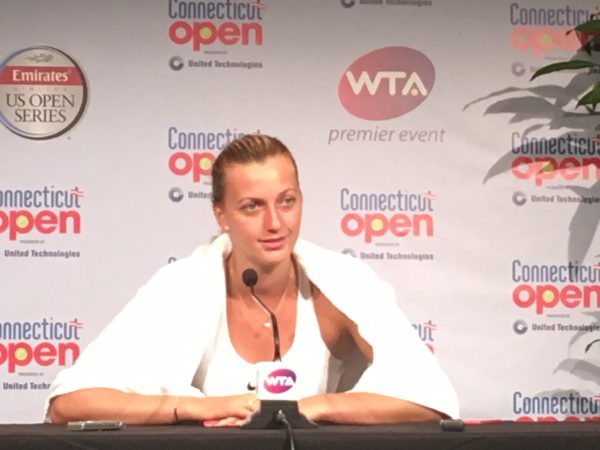 (May 28, 2017) Day one of the French Open marked an emotional return for Petra Kvitova and an historic exit for top seed Angelique Kerber on Sunday.

Kvitova, a two-time Wimbledon champion, returned to the court less than six months from defending herself against a home intruder in which she suffered knife wounds to her left hand, her playing hand. She had surgery to repair nerve damage to two of her fingers. The Czech, seeded 15th made a triumphant return to tennis with a 6-3, 6-2 win over American Julia Boserup in the first round of Roland Garros.

“This match was special to me,” she said after the match. “It wasn’t really about the game today. I’ve said before that I’ve already won the biggest fight, and now I won for the second time. It was such a heart-warming welcome on Chatrier, and everyone who helped me through the difficult time was there, including my family. Yesterday I was wondering what it would be like, and I couldn’t imagine it. I thought I might cry when I stepped on court, which I didn’t do. But at the end I didn’t have to control my emotions any more, so a few tears.”

Kvitova was undecided about playing the French until last week.

In her players box, her supporters wore black T-shirts with white capital letters on the front which read: “Courage. Belief. Pojd.” Pojd, is Czech for “Come on!”  A heart replaced the letter o.

Angelique Kerber became the first top-ranked woman in the Open Era to lose in the first round of the French Open. She lost to Russia’s Ekaterina Makarova, ranked 40th in the world, 6-2, 6-2.

Kerber moved up to No. 1 last month, passing Serena Williams who is off the tour due to pregnancy.

“This year, I mean, the expectations are much bigger, especially in the big tournaments and the Grand Slams. And the expectations are also, from me, really big, of course, because I know what I can do, what I did last year,” Kerber told media. “But right now, I think that I have to find myself again.” 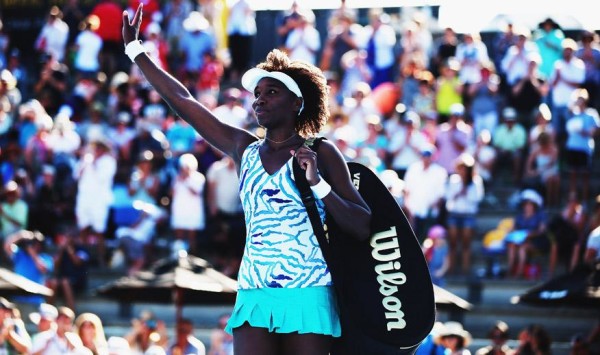 2002 Roland Garros Finalist Venus Williams, playing her 20th Roland Garros had to rebound from breaks in both sets to get past a hard-hitting Wang Qiang 6-4, 7-6(3) to reach the second round.