(May 31, 2016) Novak Djokovic and Rafael Nadal had straightforward wins on Wednesday at the French Open both men scored 6-1, 6-4, 6-3 over their opponents Joao Sousa and Robin Haase, respectively.

Defending women’s champion Garbine Muguruza had to rally from a set and a break down to get past No. 53 Anett Kontaveit 6-7 (4), 6-4, 6-2.
“I think she was playing so, so good for the first two sets,” Muguruza said. “I was just hanging in there, being aggressive and waiting for my moment.”

No. 15 seed Petra Kvitova’s Roland Garros is over. The Czech, back on tour for the first time since being attacked in her home lost to American qualifier Bethanie Mattek-Sands 7-6 (5), 7-6 (5).

Venus Williams advanced to thee third round with a straight sets win over Kurumi Nara. Williams’ sister Serena Williams, who is about six-months pregnant attended her big sister’s match. Associated Press reported that Venus may have accidentally told people that Serena is having a girl.

What a moment.
??@SJohnson_89 with @Jon_Wertheim after his victory v. Borna Coric at @RolandGarros just weeks after losing his father. #RG17 pic.twitter.com/MYm7FMIQs8

“I just miss my dad, you know? I wish he was following along. I know he is, from upstairs,” a tearful Johnson said to Tennis Channel’s John Wertheim. “Just so emotional. It’s hard to describe. I just know he was looking down on me on that last point. And gave me the strength to finish it off.” 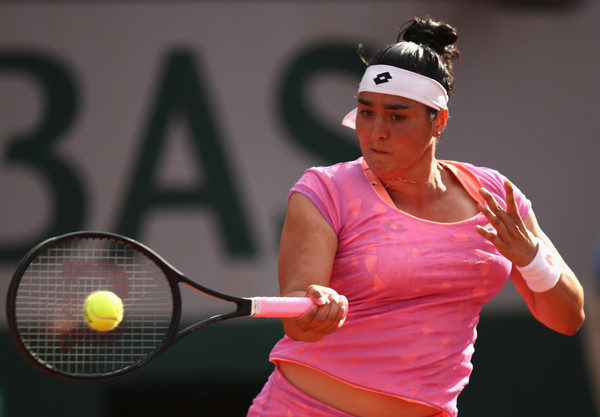 In then upset of the day, Ons Jabeur a lucky loser making her debut in the French Open Main draw upset No. 6 seed Dominika Cibulkova 6-4, 6-3. The 22-year-old Tunisian became the first Arab woman to reach the third round of a major. She is ranked 114 in the world. She is also the first lucky loser to reach the last 32 since 1996.

“I am very, very happy,” Jabeur said. “I won the Roland Garros juniors here, I have good memories and I hope to create more.”

“I played really good from the beginning of the year, and I don’t see why I should not continue doing my best.,” she told media. “I have been working very hard, and it’s time to make the work on the court and prove that I can be one of the best.”

“It was no pressure for me. Every time I play a player, like, better ranked than me, especially Top 10, there is no pressure. I like to show myself and show my dropshots.

“So it was unbelievable match for me. I think I played really good, and I made the necessary shots in this match.”

Jabeur hit 30 winners in the match and lost only two points on her first serve during the match.