You are here: Home / Features / Nadal Sails While Djokovic Overcomes Early Struggles to Reach Fourth Round of the French Open 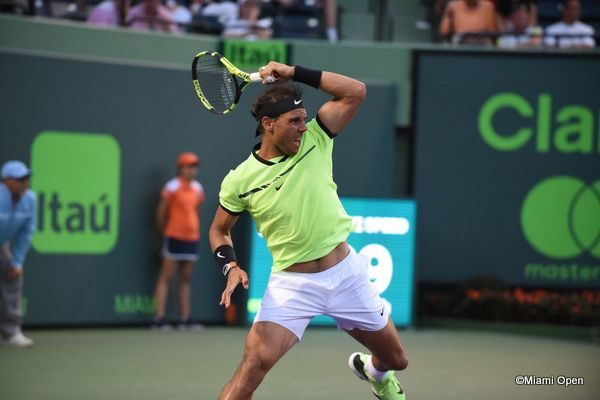 (June 2, 2017) Rafael Nadal and Novak Djokovic are each two wins away from a semifinal clash at the French Open. Both men advanced to the round of 16 in very different ways.

Nine-time champion Nadal lost an average of 12 points each set to demolish world No. 63 Nikoloz Basilashvili 6-0, 6-1, 6-0 in his third-round match on Friday in Paris.

Nadal thought he played great. “I think at the beginning of the match, I thought my opponent was not playing bad, but I was able to produce winners, to play with no mistakes, to play very long. I hit with a very high intensity on all the shots. It was a great match for me.”

“The score is quite embarrassing, you know,” Basilashvili said “but I have to accept it.”

Defending champion and No. 2 seed Djokovic after a shaky start needed five sets to stop No. 41 Diego Scwartzman 5-7, 6-3, 3-6, 6-1, 6-1 in three hours and ten minutes. Not only did the Serb have to overcome his opponent but the rain. Djokovic made 55 errors during the match.

“Sometimes you need to be challenged in order for certain things to surface, which maybe are not surfacing if you’re winning comfortably,” Djokovic said. “That’s going to happen more as I go deeper in the tournament because the matches and opponents are going to get tougher.”

Djokovic’s new coach, Andre Agassi, Tennis Hall of Famer was in attendance, making his way into the stands in the second set. Djokovic was pleasantly surprised as he did not expect him.

“I’m just trying to enjoy every possible moment that I have next to him when he’s here with me,” Djokovic told media. “Even at times when he’s not there, he’s present in my life and in my career. I hope that we can create something that is going to go long-term.”

Defending women’s champion, fourth seed Garbine Muguruza moved to the fourth round of the French Open by beating Yulia Putintseva 7-5, 6-2.

Muguruza will next play No. 13 Kristina Mladenovic who rallied from 2-5 down in the final set to beat American Shelby Rogers of the United States. 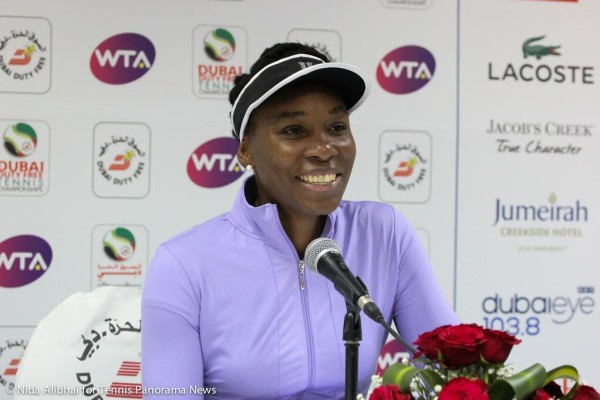 Former finalist Venus Williams has reached the French Open’s sweet 16 by beating No. 60 Elise Mertens of Belgium 6-3, 6-1 in a little over an hour.

“Today I had experience,” Williams said in her on-court interview, “and that helped a lot.” This is Mertens second major main draw appearance.

This is the American’s 20th appearance at the French Open. I’ll be honest: There won’t be 20 more,” Williams said.

“I’m not looking for any tests. I’m looking to run away with it,” she kidded with reporters in her news conference.  “My goal is to improve every round and today I feel like I improved even more than the last rounds and play the big points well.

Tenth seed David Goffin had to retire from his match after injuring his right ankle on a tarp in the backcourt. Goffin was leading Horacio Zeballos 5-4.

Other men advancing included No. 5 Milos Raonic, No. 20 Pablo Carreno Busta and No. 6 Dominic Thiem.

Thiem who beat No. 25 Steve Johnson, had a moment with him at the net as Johnson recently lost his father.  “That means a lot,” Johnson said to media. “There’s life outside of sport and he gets that. He’s a standup guy.”