You are here: Home / Features / Roland Garros Will Have a First-Time Women’s Major Champ As Muguruza, Williams, Kuznetsova and Stosur Lose

Roland Garros Will Have a First-Time Women’s Major Champ As Muguruza, Williams, Kuznetsova and Stosur Lose 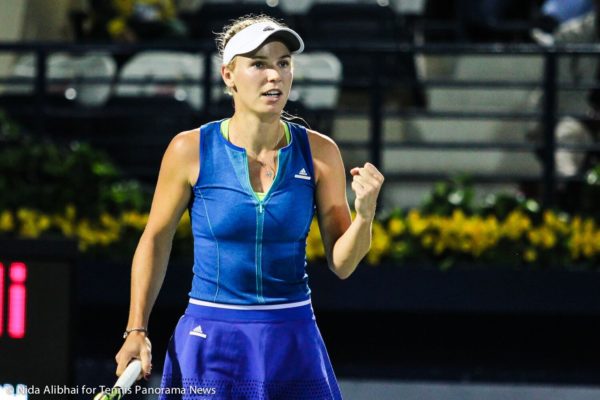 Fourth seed Muguruza not only had to battle French woman Kristina Mladenovic but the boisterous French crowd. Mladenovic beat the Spaniard 6-1, 3-6, 6-3.

She said the fans should be more respectful.

“I don’t think that they crossed the line,” Mladenovic said after the match. “Honestly, no, I don’t think it was unsportsmanship or unfair or anything.”

“I’m playing at home,” said the French woman “Obviously they are excited. The atmosphere was just, yeah, amazing.”

Mladenovic will be facing Timea Bacsinszky, in the quarterfinals

“She had so many answers today,” said Williams.

On the men’s side of the draw, nine-time champion Rafael Nadal and defending champion Novak Djokovic each had straight-set victories to reach the final 8 for the 11th straight time, equaling Roger Federer’s record in the Open Era. Nadal beat 17th seed Roberto Bautista Agut 6-1, 6-2, 6-2 while No. 2 Djokovic stopped Albert Ramos-Vinolas 7-6 (5), 6-1, 6-3

Nadal will square off against. No. 20 Pablo Carreno Busta. Busta beat No. 5 seed Milos Raonic in five sets.