You are here: Home / Features / Nadal Withdraws From Aegon Championships At The Queen’s Club 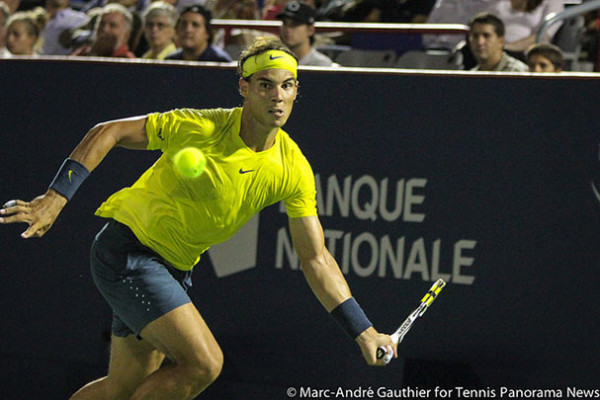 Nadal Withdraws From Aegon Championships At The Queen’s Club

(June 13, 2017) Rafael Nadal has withdrawn from the Aegon Championships at The Queen’s Club after taking the advice of his doctors to rest.

Nadal, who won a 10th Roland Garros crown on Sunday after titles in Monte Carlo, Barcelona and Madrid over the past two months, said:

“I am very sorry to say that I am not going to be able play Queen’s next week. I am sad to make this decision because I love Queen’s, I won the tournament in 2008 and every time I reached the Wimbledon final it was after playing Queen’s.  I was hoping to take some days off and then be ready, but at 31, and after a long clay court season with all of the emotions of Roland Garros, and after speaking to my team and doctor, I have decided my body needs to rest if I am going to be ready to play Wimbledon. Sorry to all the great fans in Britain and to the tournament organisers. I hope to see you at Queen’s next year.”

Britain’s Kyle Edmund has gained direct entry into the draw for the first time after the withdrawal of Diego Schwartzman through injury. Edmund, ranked 44, had previously been awarded a wild card.

Earlier this year, Murray made a career-commitment to play in the Aegon Championships, and the BBC announced that they will cover the tournament until at least 2024.

Last year, the Aegon Championships was voted ATP-500 Tournament of the Year by the players – the fourth successive year that the event has received a tournament of the year award.

I'm very sorry to say that I'm not going to be able play Queen’s next week. I am sad to make this decision. https://t.co/TNczE7Iifv