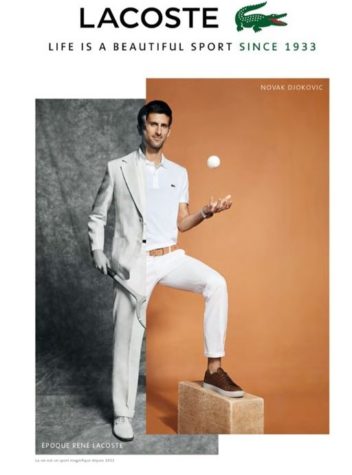 World No.4 Djokovic comes into the event as the tournament’s top seed ahead of No.2 Gael Monfils (FRA), No.3 John Isner (USA) and No.4 Steve Johnson (USA). It’s the first time the former world No.1 has played a grass court event between Roland Garros and Wimbledon since 2010.

“This will be my first trip to Eastbourne, I have heard great things about the tournament,” said 12-time Grand Slam champion Djokovic. “I am looking forward to fine tuning my grass court game there ahead of Wimbledon.”

Tournament director Gavin Fletcher said he was delighted to welcome Djokovic to the Aegon International.

“The quality of the men’s and women’s entries is already incredibly high, and the addition of Novak will take the event to an even higher level,” said Fletcher.

The Aegon International men’s ATP 250 event runs in parallel to the women’s WTA Premier tournament which this year boasts seven of the world’s top 10 ranked players including world No.1 Angelique Kerber, world No.3 Karolina Pliskova, 2016 champion and world No.6 Dominika Cibulkova, 2009 champion and world No.7 Caroline Wozniacki, and Eastbourne’s own world No.8 Johanna Konta.