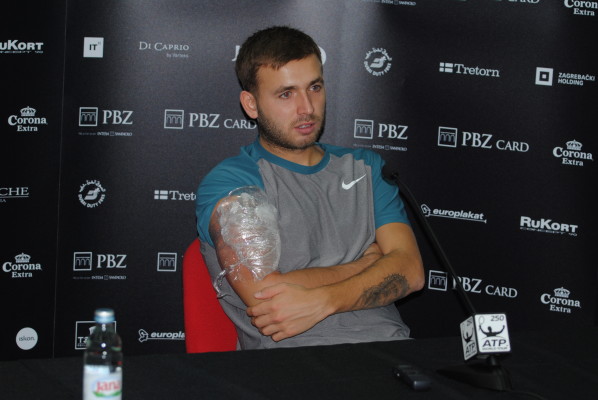 (June 23, 2017) Twenty-seven-year-old British tennis player Dan Evans said on Friday that he tested positive for cocaine in April during a news conference which he organized.

The International Tennis Federation established that Evans failed a doping test on April 24 at the Barcelona Open (Press Release is listed below the article). Evans will be provisionally suspended as of June 26.

The 50th-ranked Evans made a statement and did not take questions during his news conference.

“It’s really important you know this was taken out of competition and the context was completely unrelated to tennis.”

“I made a mistake and I must face up to it. I can only deeply apologize from the bottom of my heart.”

Following the statement made by Daniel Evans today, the Tennis Anti-Doping Programme (TADP) can confirm the following:

The Tennis Anti-Doping Programme is a comprehensive and internationally recognised drug-testing programme that applies to all players competing at Grand Slam tournaments and events sanctioned by the ITF, ATP, and WTA. Players are tested for substances prohibited by the World Anti-Doping Agency and, upon a finding that an Anti-Doping Rule Violation has been committed, sanctions are imposed in accordance with the requirements of the Tennis Anti-Doping Programme and World Anti-Doping Code. More background information on the Programme, sanctions, tennis statistics and related information can be found at www.itftennis.com/antidoping.