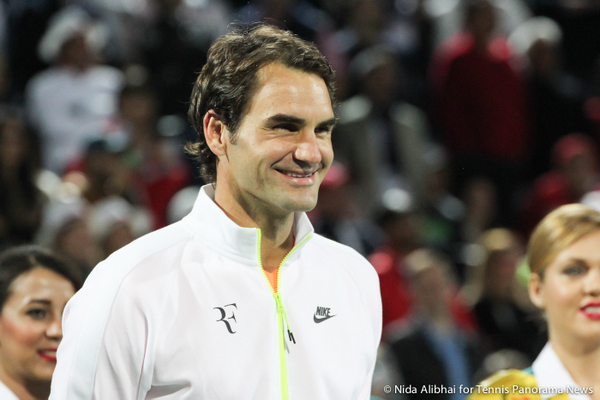 Federer has now won nine Halle trophies, joining him with Rafael Nadal as the only two men in the Open Era who have won more than eight times. Nadal has won 10 Monte-Carlo Rolex Masters, Barcelona Open Banc Sabadell and Roland Garros titles.

This is fourth title of the year for the Swiss. The 18-time major champion also won the Australian Open, Indian Wells and Miami events.

He has now won 92 tournaments in his career. Federer is now the oldest man to win a grass court tournament.

“It’s great to get off to a good start in the finals and then remind yourself that you’ve been playing good tennis all week,” Federer said. “You start swinging freely, things start clicking, you realize your opponent is under pressure and you keep pressuring him.”

“It gives me great confidence. Of course I’m like on ‘Cloud Nine’ right now after the ninth win here in Halle. It’s a wonderful feeling to win here again because I’m not sure if I’ll ever get a chance to win this again so it’s important to enjoy this one.”

“I think Roger is playing really, really well,” said the 20-year-old German Zverev who lost in last year’s final. “I think going into Wimbledon he’s going to be probably the favourite to win the whole thing. So credits to him, he played an unbelievable match. Of course I could have played better but he didn’t really let me play my best tennis. He messed with the ball a lot. He played very aggressive… I think he deserved to win.”
“You could have been a bit nicer and allowed me a couple more points,” Zverev joked. Zverev beat Federer in the semifinals of Halle last year.