You are here: Home / Features / On The Call – ESPN/ Wimbledon Conference Call with Chris Evert and Brad Gilbert 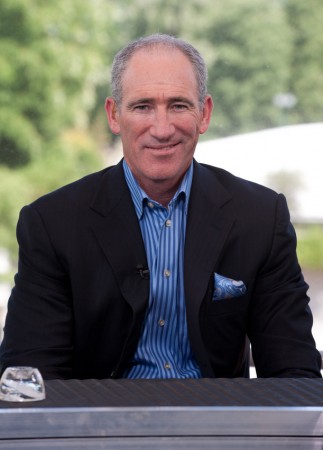 (June 27, 2017) ESPN tennis analysts Chrissie Evert and Brad Gilbert spoke with media Tuesday, previewing Wimbledon.  ESPN’s exclusive coverage – from first ball to last ball – begins Monday, July 3, with 140 hours on TV and 1,500 on ESPN3 and streaming live on the ESPN App with action from all 15 televised courts.  The action will climax with the Ladies’ Championship and the Ladies’ and Gentlemen’s Doubles Championships on ESPN on Saturday, July 15, and the Gentlemen’s Championship on Sunday, July 16, followed by the Mixed Doubles Championship.   Highlights of the call, followed by the full transcript:

On:  The 15-Year Stranglehold “The Big Four” Have on the Gentlemen’s Championship

Listen, I got to say one thing about Jo. The good news is she’s been in big-match situations and come through. She’s beaten some big names. She’s done well. She deserves to be listed. Is she 7 or 8? What is her ranking?