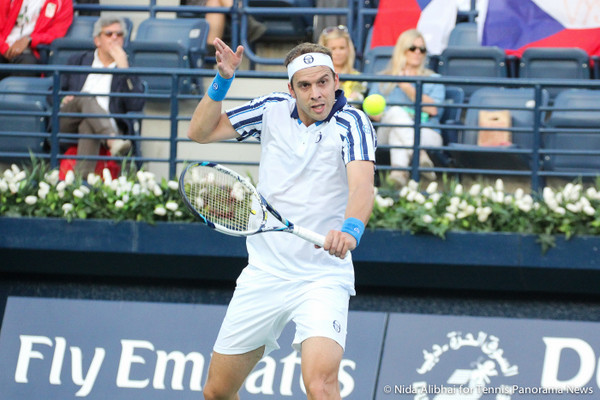 The 34-year-old from Luxembourg Muller came into the tournament ranked No. 26, and was given a boost by the Wimbledon formula used to seed the men which includes the last two years record in grass court tournaments.

Coming into the match, the 15-time major winner from Spain, Nadal has won 28 straight sets at major tournaments. Muller ended that streak in the very first set on Court No. 1.

Muller won the first two sets in just an hour and 15 minutes. Nadal came back to claim the next two sets.

“When you are in the fifth, against a player like him, just depends on a few balls,” Nadal said. “Actually, he was a little better than me on a few balls.”

Nadal was 0 for 5 on break points in the fifth set.

“It’s difficult to come back after being down two sets against a player like him. I think I did well.”

“I had good chances in the fifth set, but he had more chances than me. So maybe he deserved it a little more than me.”

Muller who beat Nadal at Wimbledon back in 2005, was still in shock after the win.

“It’s tough to say what, exactly, made the difference at the end.”

“”If I had lost that match, it would have been tough to digest.”

The Novak Djokovic vs Adrian Mannarino match which was supposed to follow the Nadal-Muller match on Court 1 was postponed until Tuesday.