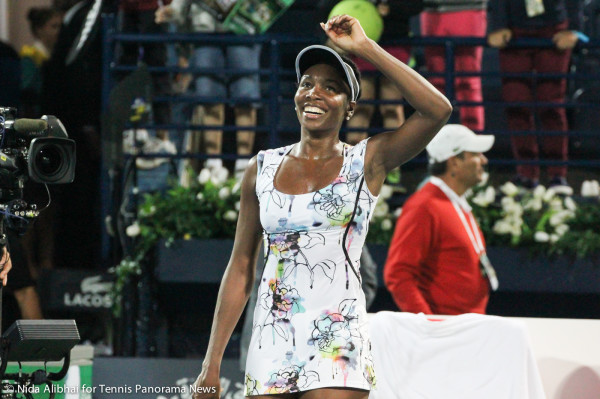 The American, seeded 10th is a five-time champion of this event.

Age is just a number for Williams who has had to deal with an auto-immune disease, first diagnosed back in 2011.

“I love this game,” said Williams. 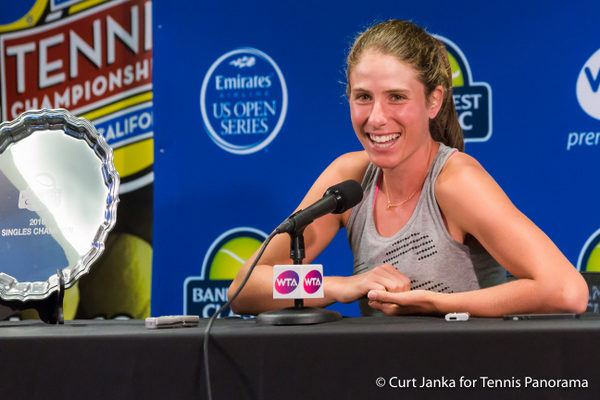 “I definitely feel that age is not a factor with her,” said Williams’ semifinal opponent Johanna Konta. “She’s just a tremendous champion, and I feel very, very humbled, and I’m very excited to share the court with her again.”

Konta became the first British woman to reach the final four at Wimbledon since Virginia Wade did it in 1978 beating second seed Simona Halep 6-7(2), 7-6(5), 6-4. Konta’s victory stopped Halep from moving into the No. 1 spot on the WTA tour.

As a result, Karolina Pliskova, moves up to the top spot over Angelique Kerber.

Williams will not be alone as a major winner reaching the seimifinals at the All-England Club. 2016 French Open winner Garbine Muguruza stopped Svetlana Kuznetsova 6-3, 6-4 in her quarterfinal.

The No. 14 Muguruza will square off against unseeded Magdalena Rybarikova for a chance at the finals.

The 28-year-old Slovak, ranked 87th in the world beat 24th-seeded CoCo Vandeweghe 6-3, 6-3. The unseeded Rybarikova will be the lowest ranked semifinalist since 2008.

Novak Djokovic advanced to the quarterfinals on Tuesday beating Adrian Mannarino of France 6-2, 7-6(5), 6-4. The match was postponed by darkness as it was supposed to follow the Nadal – Muller match which lasted past 8 pm.