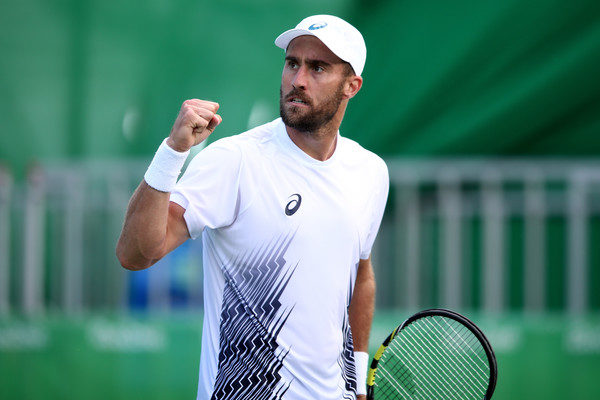 (July 17, 2017) PALISADES TENNIS CLUB, Newport Beach, CA -The Orange County Breakers were without Maria Sharapova on Monday night, but received additional star power in the form of a pair of two-time NCAA singles champions, USC legend Steve Johnson and Stanford legend Nicole Gibbs. Having grown up in Orange County, Johnson was the local favorite Monday night at the Palisades Tennis Club in Newport Beach, and he was able to win both of his sets en route to leading the Breakers to victory in their home opener over the visiting Springfield Lasers. After being named Mylan WTT Female MVP last year, Gibbs was returning to the same squad but was competing in her lone match of the season, as scheduling conflicts are preventing her from playing any additional matches for the Breakers this season. Sharapova and Gibbs were substituting for Yanina Wickmayer who actually got married just a few days ago on Saturday, however the Belgian will rejoin the team on Wednesday.

To start off the night, Johnson and former LSU Tiger Ken Skupski defeated former UCLA Bruin Jean-Julien Rojer and former Baylor Bear Benjamin Becker 5-2 to give the Orange County squad a nice lead to kick off the evening.

Nicole Gibbs and Francesca Schiavone then put on a brilliant display of tennis through the first eight games, as both woman fought hard to hold serve in each of their four service games. Schiavone earned a set point on her own serve at 4-3 in the tiebreak, but Gibbs stayed aggressive and forced a backhand error from the Italian which brought up a sudden death point for the set. In what was the best point of the whole evening, Gibbs showed off her speedy wheels to not only get to a Schaivone drop shot, but also put it away for a crosscourt winner that even left Schiavone in disbelief since it was such a great get.

After winning 5-1 against the San Diego Aviators the previous night, the Breakers mixed doubles duo of Andreja Klepač and Ken Skupski continued their momentum with another great win, beating Abigail Spears and Rojer 5-2 to help the Breakers build a 15-8 lead at halftime through three sets.

Although they started the match in a hole by dropping the first two games, Schiavone and Spears responded effectively by rebounding to win five of the last six games as they defeated Klepač and Gibbs 5-3.

The final set of the evening featured 2004 NCAA singles champion Benjamin Becker (Baylor) against 2011 and 2012 NCAA singles champion Steve Johnson (USC) in a battle of two former collegiate players that have had great success on the professional tour. Becker came out of the gun as the stronger player, but Johnson recovered from being an early break down to win five straight games for a 5-2 win that sealed the 23-15 victory for his Breakers over the Springfield Lasers.

Up next for the Orange County Breakers (1-1):

Away match vs the Washington Kastles on Wednesday, July 19th

Up next for the Springfield Lasers (1-1):

Away match vs the San Diego Aviators on Tuesday, July 18th 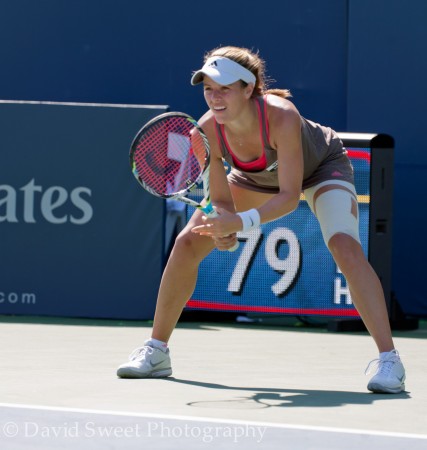 Parsa: You’ve had a lot of success the last three weeks. You won a title, final —

Schiavone: ‘Scuse me, ‘scuse me. You have a pants, long pants?

Gibbs: Do I have pants?

Schiavone: Because I have to go to dinner, but I don’t have a lot of pants. *moves her arms down her legs to show how far down she would like the pants to go*

Schaivone: Yeah because we would like to go to a big dinner haha

Gibbs: Okay give me a second, let me finish this and then I’ll go check in my car haha

Parsa: So, title, final, semis…How are you looking to improve from the lower-tier tournaments? How do they help you with the WTA tournaments?

A: Yeah, definitely. I think I was looking to find my game a little bit at the lower-tier events. I didn’t necessarily go in with the intention like oh I really want to win these events or anything like that. It was just more about working on my game and trying to hone the game style that I want to play that I think is going to take me to the next level. So I think I’ve been doing that. I’m hitting a lot more forehands. I’m looking to move forward more than I have in the past. I think I got exactly what I wanted which was a lot of matchplay. I’m looking forward to hopefully carrying some momentum into the US Open swing.

A: Since Roger Smith joined you a couple years ago, you guys have had a lot of success together, ups and downs but you guys have stuck with it. How has he helped you to keep growing on the tour.

A: He’s incredible. I feel so lucky to have him. Not only has he made me a better tennis player, but like you said, he has just stuck by my side even when things weren’t going great. He’s never wavered in his faith and what he thinks I could do as a player and that helps me to believe in myself. Just an invaluable member of my team and someone I feel very fortunate to have in my life.

Q: One benefit of you not doing as well last year in the fall, you don’t have a lot of points to defend so there’s a lot of points to be up for grabs and maybe you could get back into the top-100. What’s your mindset heading into the hardcourt season and then Asia?

A: Yeah for sure. I think I just need to continue to take care of what I’ve been taking care of on the practice court and really just commit to the gamestyle that I’ve been committing to, and I think the ranking will fall into place as I get more and more natural at committing to those things. 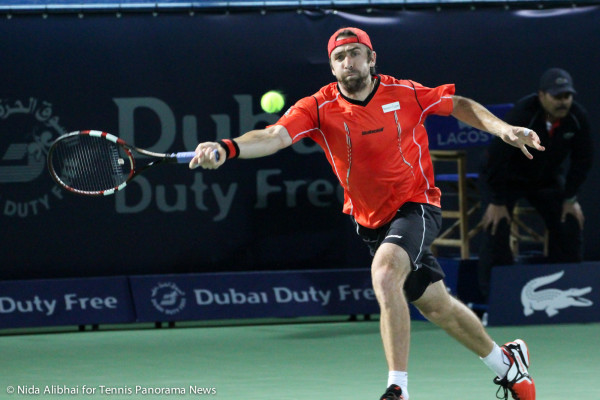 Q: Tough match tonight, but overall how do you feel being back in World Team Tennis? It’s a fun environment.

A: Yeah of course, it’s fun. I played last year so I wanted to come back and I’m glad Springfield picked me up again. We have a good team. A great atmosphere, great people behind the team. It’s fun. Just starting so hopefully we have a great season.

Q: You’re retired now, what are you feeling now that you’ve finally retired after a great career?

A: I’m not officially retired yet so I mean I’m playing this season now and then I will decide after the season what I’m going to do. So most likely yes, I will be done but depends how I feel. Then, we’ll see what we’ll do after. When we go back, I have to finish my studying. I’m missing one semester. So that’s the goal, if I’m going to that in the in the fall or next spring. We’ll see.

Q: Back at Baylor?

A: Yeah, back at Baylor.

Q: Last match on tonight, we had two NCAA singles champions which shows college tennis is a great tool for players as they try to play at the pro level. What do you say to people who are deciding whether to play in college or turn pro?

A: Yeah first of all, it’s a tough choice. But, I think college is a great option. There are very few young tennis players that can make it on the tour. The first years are especially very tough so I feel like it’s a great preparation to go to college. You can study, you see the other side as well, and I always suggest going to college if you have that chance. For me, it was a great route. And for Stevie as well. And many other examples. So I hope many kids make that choice as well.

Q: What’s one goal that you want to accomplish with your team before the season ends?