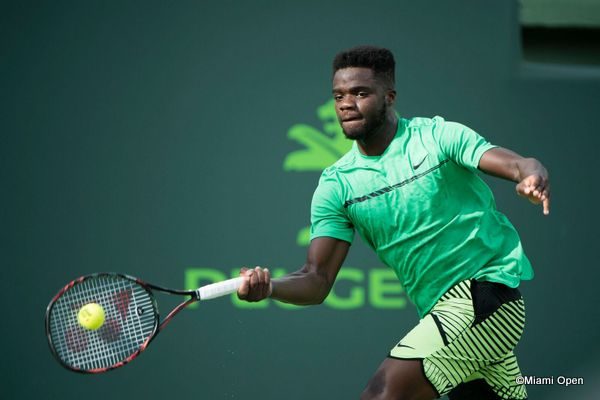 WASHINGTON, D.C. (July 18, 2017) – Mardy Fish of the New York Empire (2-1) pushed the Washington Kastles’ (1-1) Frances Tiafoe as close to the edge as he could, but Tiafoe’s youth proved to be too much as the Kastles outlasted the Empire through extended play and a supertiebreaker, 24-23.

Tiebreakers were the theme of the evening as every single set needed one to be decided.

In Mylan World Team Tennis presented by GEICO, if the fifth event is won by the trailing team, in this case the New York Empire was trailing 23-22, and the trailing team is still behind in overall score, the match goes into extended play. Extended play continues until the leading team wins one game or the overall score is tied. Once tied, a supertiebreaker is played to determine the winner.

Fish played his way into the supertiebreaker by winning the extended play set, 1-0, bringing the overall score to 23-23.

WTT rules state that if a match is tied after five events or extended play, a 13-point supertiebreaker is played. The first team to reach seven points wins the supertiebreaker and the match. A coin toss is used to determine what team chooses to serve or receive.