You are here: Home / Features / US Open Series Begins with BB&T Atlanta Open 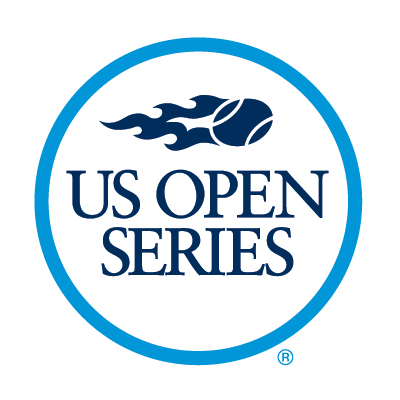 2017 US OPEN SERIES LAUNCHES NEXT WEEK

Tournaments to Showcase Record Number of Community Events to Highlight

From the USTA: WHITE PLAINS, N.Y., July 20, 2017 –The 14th season of the US Open Series, the five-week North American summer tennis season that links seven WTA and ATP World Tour summer hard court tournaments to the US Open, launches next week with the men’s BB&T Atlanta Open.  Since its inception in 2004, the US Open Series has increased television viewership with a cohesive schedule, while also increasing attendance and generating new corporate partnerships for its tournaments.  In addition, the Series will continue to engage its local tournament communities with a variety of outreach initiatives, including grass-roots clinics and activities involving the USTA’s new youth tennis brand – Net Generation.

For the second consecutive year, 34 days of coverage — every day of the US Open Series — will air across ESPN’s platforms and on Tennis Channel. The Series premieres on ESPN2 on Saturday, July 29, from the Atlanta Open with the semifinals at 3:00 p.m. ET and 7:00 p.m. ET, followed by the final on Sunday, July 30 at 5:00 p.m. ET. Earlier in the week, ESPN3 will begin coverage from Atlanta with early round matches on Monday, July 24 beginning at 2:00 p.m. ET. See the full summer TV schedule here.

The US Open Series season will once again be supported by the “Serving up the Best of Summer” marketing campaign, which highlights the ways in which fans can celebrate summer at each Series event. The campaign will roll out across a variety of media, including television, print, online and social media — helping to drive ticket sales and viewership. Fans can join the conversation by using hashtag #USOpenSeries and by following @usopen. Fans can share their experiences at US Open Series tournaments using hashtag #MyUSOpenSeries.

All US Open Series events will utilize the “Emirates Review” – a “3 plus 1” player challenge system for electronic line calling. The US Open Series is also supported by American Express, Citizen Watch Company and Deloitte.

“In collaboration with the WTA and ATP World Tour, the US Open Series has evolved over the years into representing everything great about this sport — world-class champions, rising stars, multiple television and digital viewing platforms, an immersive “event” onsite tournament experience for fans, along with a multitude of clinics and activities with pro players that will ultimately help make the game more accessible and enjoyable for more people.” said J. Wayne Richmond, USTA Managing Director, Major Events.  “The introduction of the Net Generation youth tennis brand this year takes center stage to engage local communities to help ensure a bright future for the sport of tennis.”

Each Series event in the U.S. will be hosting Kids’ Days and High School Days powered by Net Generation – the USTA’s new youth tennis brand designed to inspire the next generation of tennis players. The USTA is investing additional resources towards a digital media campaign to help spur attendance at each of the Kids’ Days Powered By Net Generation.

The US Open Series recognizes the sacrifice and service of veterans and those who currently serve in the U.S. Armed Forces. The below tournaments will honor these individuals and their families with discounted ticket promotions and on-site ceremonies throughout the summer:

Diversity and inclusion is a priority for the sport, and engaging growing Hispanic and LGBT communities continues to help tennis reflect today’s America.  The following events will host Hispanic Youth Events during their tournament:

The following US Open Series events will be hosting LGBT Pride Nights during their tournament:

About the US Open Series

Now in its 14th season, the world’s best players on the WTA and ATP World Tour are coming together for the US Open Series. Linking seven summer WTA and ATP World Tour tournaments to the US Open, the US Open Series serves as a true “regular season” of hard court tennis.  Featuring a cohesive schedule, the Series centralizes the way tennis is viewed in North America, across multiple television and digital platforms. Fans will see today’s top champions go head-to-head with tomorrow’s emerging stars, as storylines develop throughout the summer season. Each tournament also engages its local community with a variety of outreach initiatives, including grass-roots youth tennis clinics and activities.

The WTA is the global leader in women’s professional sport with more than 2,500 players representing nearly 100 nations competing for a record $139 million in prize money. The 2017 WTA competitive season includes 55 events and four Grand Slams in 32 countries.

About the ATP World Tour

The ATP World Tour, with 63 tournaments in 31 countries, showcases the finest male athletes competing in the world’s most exciting venues. From Australia to Europe and the Americas to Asia, the stars of the 2017 ATP World Tour will battle for prestigious titles and Emirates ATP Rankings points at ATP World Tour Masters 1000, 500 and 250 events, as well as Grand Slams (non ATP events).