You are here: Home / Contributors / Venus Williams Wows The Crowd at the BB&T Atlanta Open

Venus Williams Wows The Crowd at the BB&T Atlanta Open 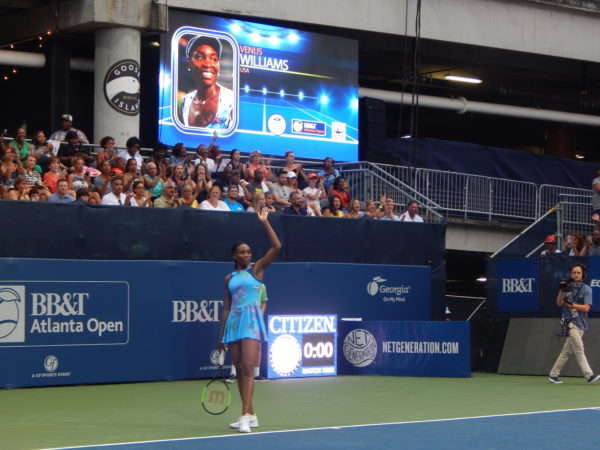 (July 23, 2017) ATLANTA – You could call it an exhibition but for Atlanta tennis fans getting to see one of the game’s icons play, in Atlanta, is pretty rare.  The match between seven-time grand slam title holder Venus Williams and Canadian Eugenie Bouchard was to be a preamble to the annual ATP Tour stop in our town. Instead, a sell out crowd descended on Atlantic Station giving the match up of WTA stars the feeling of a main event.

The spectators got what they came to see as Williams topped Bouchard 6-4, 7-6 (7-4) in a match that  showed why they are among the best of the women’s tour. The 23-year-old Bouchard, who appeared in this years Sports Illustrated Swimsuit edition, broke Williams to go up 3-2 in the first set, then held serve to take a 4-2 lead. The 2017 Wimbledon finalist rallied back, leaning on her serve to reel off 4 straight games and win the set 6-4. 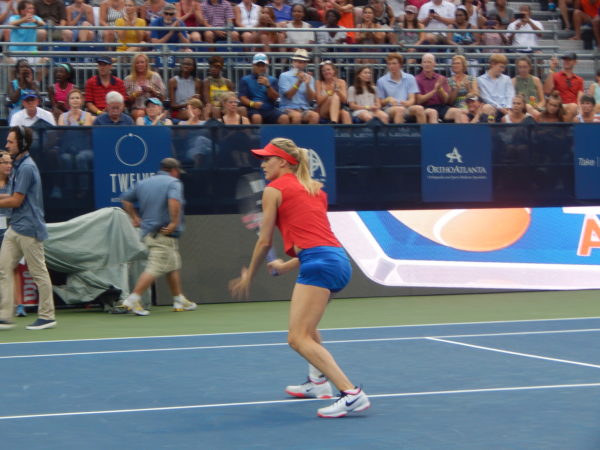 Bouchard, a Wimbledon finalist in 2014, broke Williams again in the second set, but Venus would comeback to lead at 5-4.. The Canadian hung on to level to set at 6-6 forcing a tie break. The 37 year old Williams won tie break (7-4) and the set 7-6 as the crowd showed it’s approval for a well played match that had been sold out for over a month .

After the match Bouchard , who was ranked No. 5 in the world in 2014, thanked the Atlanta crowd for coming out. She used the word “Comeback” to describe where her game is now, as her ranking has tumbled to number 69. 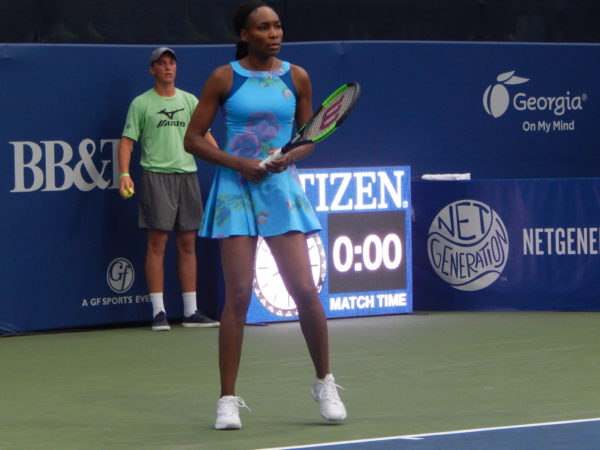 Williams ,who is currently ranked No. 9 in the world, is enjoying  an amazing season, reaching the finals at the Australian Open and Wimbledon. “It was fun to be in Atlanta”, said Williams. “I’m happy to see that women are being added.” It was the first time that Venus Williams has played a match in Atlanta in over 10 years. Her recent visits to Atlanta have been for a book tour and in support of her clothing line.

Play will start in the tournament’s Main Draw Monday afternoon at Atlantic Station. Seventh Hyeon Chung of Korea will be in action as well as the 8th seed Jared Donaldson from the USA. The BB&T Atlanta Open will be at Atlantic Station through Sunday July 30.