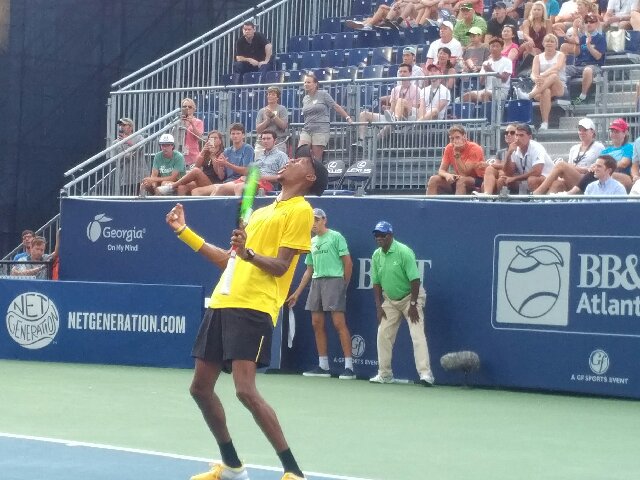 Eubanks Schools Fritz On College Night at the BB&T Open

(July 25, 2017) ATLANTA – It has been a summer of higher learning for Georgia Tech’s Chris Eubanks. The two-time ACC Men’s Player Of The Year, who has spent the summer playing in professional tournaments, showed what he has learned with a 7-6(7-5), 6-4 win over Taylor Fritz on College Night at the BB&T Atlanta Open.

In what has become an Atlanta ATP tradition, Eubanks arrived at stadium court via Georgia Tech’s famed Ramlin’ Wreck. It was part of the College Night parade that included the Georgia Tech cheerleaders. Once on court Eubanks and Fritz would hold serve throughout the first set forcing a tiebreak. The rising senior raced out to 6-2 advantage before Fritz reeled off 3 consecutive points bringing the score to 6-5.  Eubanks would close the door with a swinging volley to clinch the tiebreak 7-5 and the first set 7-6.

In the second set, Eubanks scored the only break of the match to lead at 3-2 and held serve until the end. The College Night crowd roared its approval as the Westlake High School alum scored the biggest win over a professional opponent to date. The 19-year-old Fritz, who at this time in 2016 was ranked number 58 in the world, came into the match ranked number 125.

“It’s all a learning process ,” says Eubanks “If I can continue to get better and learn from the wins as well as the loses it will make me a better player down the line and that is the goal “.

Next up for Eubanks, a match with fellow American Jared Donaldson on Thursday. Donaldson has enjoyed a successful summer that has seen his world ranking rise to No. 58 in the world. 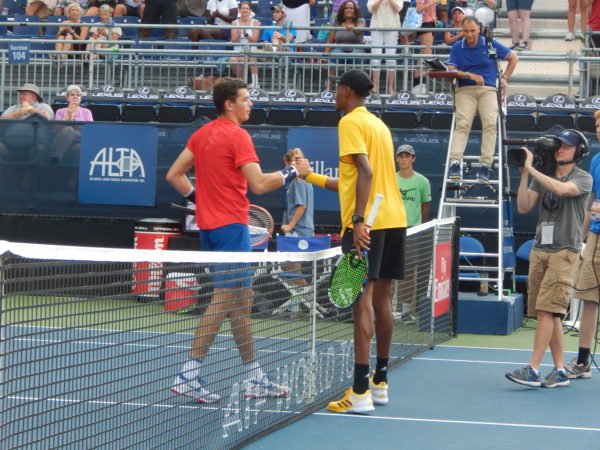