You are here: Home / Front Page News / Petra Kvitova To Play Charleston in 2018 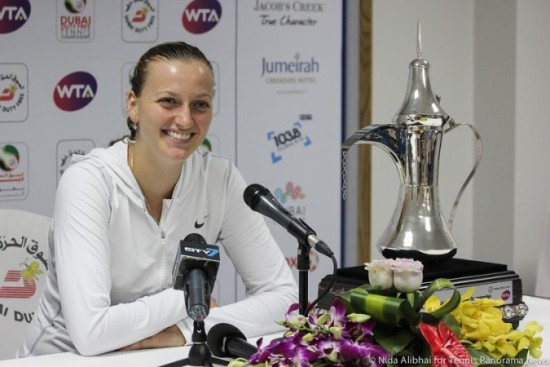 DANIEL ISLAND, S.C. – Petra Kvitová will make her Charleston, South Carolina tennis debut at the 2018 Volvo Car Open, March 31st – April 8th on Daniel Island. The two-time Wimbledon champion returned to the WTA circuit in May 2017 after a complex hand injury following a home invasion in December 2016. Her resilience helped her capture her 20th WTA title in June of 2017 in Birmingham, just following her comeback.

“No one has shown more desire and strength to be on a tennis court than Petra Kvitová,” said Eleanor Adams, Volvo Car Open Tournament Manager. “Her comeback after a life-threatening incident eight months ago is nothing short of miraculous. It is our absolute pleasure to welcome Petra to Charleston, where our fans will have the opportunity to cheer her on for the first time!”

“I’m very thankful to be able to play in the 2018 Volvo Car Open,” said Kvitová.  “I was looking forward to the tournament last year and am excited that I’ll be able to compete in front of Charleston fans for the first time this year. See you in April!”

Kvitová ended the 2016 season with titles at Wuhan and Zhuhai, as well as helping the Czech Republic to a historic fifth Fed Cup trophy in six years.

In addition to her two titles in 2016, she captured a bronze medal in the Rio Olympics, was a finalist in Luxembourg, made the semifinals in New Haven and Stuttgart and made the quarterfinals in Indian Wells and Beijing.