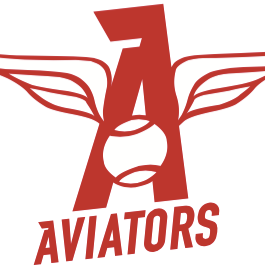 (August 1, 2017) OMNI LA COSTA RESORT & SPA, Carlsbad, CA – With only a small margin separating the teams, the San Diego Aviators came out on top in the pressure situations, winning eight of the eleven 3-all deciding points tonight against the visiting Philadelphia Freedoms. Among those in attendance to watch the superb tennis tonight was the legendary Rod Laver, who is a Carlsbad resident.

To start off the night, former University of Illinois star Rajeev Ram converted the lone break point opportunity he had to defeat Darian King 5-2, as the American impressively hit 90% of his first serves in. Both King and Ram are competing in their first World Team Tennis seasons.

Although they failed to convert any of their three break point opportunities, the Freedoms duo of Taylor Townsend and Kveta Peschke came away with a win in women’s doubles, beating Naomi Broady and Darija Jurak 5-4(2) in a tiebreak as they trimmed away at the lead San Diego held.

The Aviators were leading 9-7 heading into the third set of the evening, in which the regular doubles combo of Raven Klaasen and Ram were taking on Fabrice Martin and King of the Freedoms. Neither team was able to get a break of serve which forced the set to once again head into a tiebreaker. In the breaker, it was all #TeamRamen, as the Aviators duo won five of six points to win the set 5-4(1) extending San Diego’s lead to 14-11 at halftime.

What turned out to be the most pivotal set in the match was women’s singles between Townsend and Broady, as five of the seven games were remarkably 3-all deciding points. Broady evidently handled the pressure a bit better, winning four of those five 3-all deciding points to earn a big 5-2 win which pushed the lead for the Aviators to 19-13 heading into the final set. Had it not been for Broady’s heroics, the Aviators would have most likely lost the match tonight since Martin and Townsend were absolutely on fire in mixed doubles against Jurak and Klaasen. The Freedoms duo won by a dominant score of 5-1, forcing the match into Extended Play.

As a result of winning only one game in mixed doubles, the Aviators comfortable lead was cut into, and they held a slim 20-18 lead. However, all they needed was to win a single game to clinch the victory. Jurak had her serve broken in the mixed doubles set, and with her starting off the Extended Play, the Freedoms were sure to be very confident in their chances of earning another break of serve while continuing their resurgence. At 2-all in her service game, Martin had a great look on Jurak’s serve, but missed a forehand return in the net and just one point later the Aviators clinched the match for a 21-18 win.

The Freedoms furious comeback fell just short, and with the loss they fell under .500 with a record of six wins and seven losses on the season. Meanwhile, the Orange County Breakers clinched a spot in Saturday’s championship match since they defeated the Washington Kastles tonight and the Aviators defeated the Freedoms. Although they have the same record of eight wins and five losses, the Breakers win the tiebreaker over the Aviators since they hold an advantage in the head to head. The Aviators though have all but assured themselves a spot in Saturday’s championship match, however there is a slim tiebreaker scenario in which the New York Empire can squeeze in. To make it simple, if the Orange County Breakers win at least eight games on Wednesday night’s regular season finale against the Freedoms, then the Aviators would clinch the second and final place in Saturday’s final, joining the Breakers. But in sports, anything can happen which is why the Aviators must wait one more night before they can officially advance to the championship match where they will look to defend their title from last year. Both tonight’s Aviators-Freedoms match as well as Wednesday night’s Aviators-Kastles match is being broadcasted on ESPN3, and this broadcast includes an on-court interview with players after each set.

Home match vs the Washington Kastles on Wednesday, August 1st

Up next for the Philadelphia Freedoms (6-7):

Away match vs the Orange County Breakers on Wednesday, August 1st 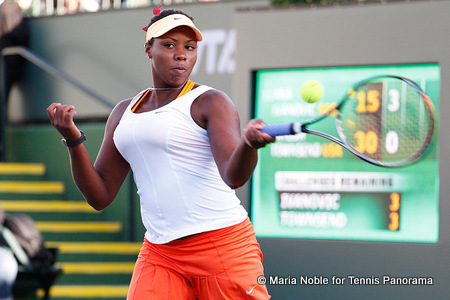 Parsa Nemati: You guys took the mixed doubles into Extended Play. What are your thoughts on this exciting format where each game really matters?

Taylor Townsend: Yeah we’ve had a couple times where we pushed it into Extended Play. But it just goes to show that every game counts, and we keep fighting till the very end and that’s all you could do. You never know until it’s over.

Parsa Nemati: You’ve had success during the hard court swing in years past, what are you looking to accomplish ahead of the US Open?

Taylor Townsend: Well my main goal is just to get a lot of matches in before I go to the US Open. I’ll best prepare myself to do the best that I can and make the best run that I can at the US Open. That’s all I can do.

Parsa Nemati: It’s a unique experience being a coach in World Team Tennis. How is it different than the tour and what kind of experience has it been for you?

Coach Kardon: I’ve done it for a long time, it’s just that you can cheer real loud, you can coach in between points and games so in that way it’s more of a team sport too. And bringing men and women together on the same team, on the same court. That’s what unique about it.

Parsa Nemati: You had a very successful two years with CoCo Vandeweghe, helped her break into the top-20. What did you learn from that relationship?

Coach Kardon: Well I learned that she’s an excellent player and I felt honored to have helped her get into the top-20. Also, a player and a coach have a relationship that has a timespan sometimes and so it was up to me to kind of realize that it’d run its course. And I wish her the best of luck and I know she’ll win a grand slam. 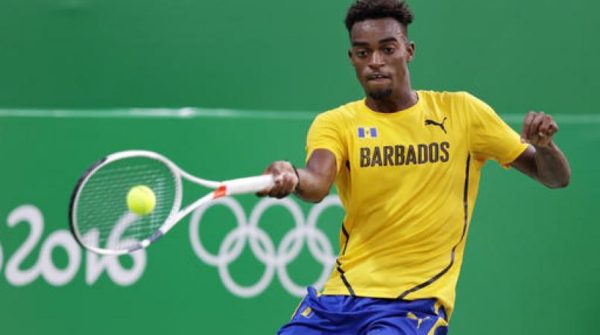 Parsa: You won your first doubles title on the challenger tour recently in Medellín. How has your doubles helped your singles game?

Darian: Yeah definitely. It helps with the return, it helps with coming forward, and attacking the net. It helps with my serve placement and keeping a lot of first serves in. So definitely it has made a major change to my game too in terms of helping, so I’m really happy that I’m really doing well in doubles too. To help along with the singles.

Parsa: You have a very good relationship with your family, you’re especially close with your older brother. How has it been to have him as coach, it’s a very unique experience to have him travel with you on tour.

Darian: Very good. We’ve been through a lot, definitely. Starting from futures, coming straight up now to the ATP Tour events. So I mean I really owe a lot to him. Thanks for all the hard work that me and him have been putting together. You see that it has paid off. And I’m really excited to see what we have in store.

Parsa: What are your goals heading into the hardcourt season and the US Open, where you will play in qualifying.

Darian: Definitely try to qualify for the US Open. That’s what I’m really pumped for right now at the moment. My goal before was to be in the top-100, but I guess I kind of blew that chance with a couple of tough losses. 7-6 in the third and stuff to get into the top-100. As you see for Wimbledon and stuff, I really focus on the grand slams. I’m really excited for the US Open and hopefully I can really qualify for it.