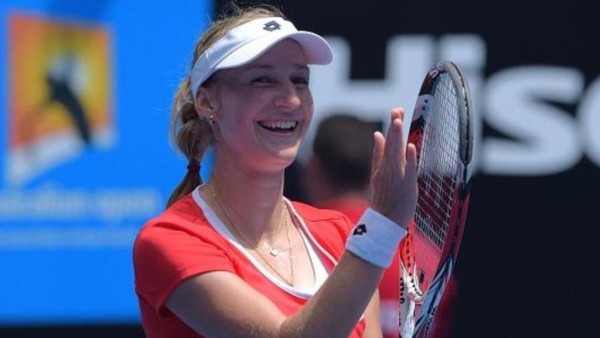 Wimbledon doubles champion Makarova, who won her first singles title in more than three years after coming from behind to defeat Goerges in Washington DC, will be joined in the 48-player qualifying draw by 2017 Wimbledon semi-finalist Magdalena Rybarikova (Connecticut Open finalist in 2014) and World No.16 Anastasija Sevastova, who won her first title in seven years at this year’s Mallorca Open after retiring in 2013.

Other dangerous names include Czech Katerina Siniakova, who won her second title of the year defeating four-time Connecticut Open champion Caroline Wozniacki in the final of Bastad, and Bucharest champion Irina-Camelia Begu of Romania. On the home front, Americans Shelby Rogers, Christina McHale and Varvara Lepchenko will attempt to reach the main draw.

Nine Top 50 players, six of whom have won at least one WTA singles title this year, will compete in the top-quality qualifying competition of the WTA Premier event that begins on Friday, August 18 at the Connecticut Tennis Center at Yale. Tickets to the action on Friday and Saturday cost $7.

Also competing for a spot in the prestigious main draw are a bevy of talented teenagers, headlined by Japan’s Naomi Osaka, 19, and the Czech Republic’s Marketa Vondrousova, 18. Vondrousova began the season ranked outside the Top 400 before winning her first WTA title in Biel/Bienne and making her Top 100 debut.

“Our qualifying draw is full of exciting players who have proven themselves on the biggest stages in tennis and future stars who are breaking through,” said Worcester. “Rybarikova, Makarova and Sevastova are all playing some of the best tennis of their careers while Vondrousova and Osaka are the new kids on the block. The top of women’s tennis is so competitive right now and the strength in depth of our qualifying draw proves that. For $7 a ticket on Friday and Saturday, fans will be in for a real treat.”

Worcester also announced a doubles wild card for crowd favorites Sloane Stephens and Genie Bouchard (both of whom are receiving singles wild cards), who paired up to reach the final of the Citi Open last week.

For the first time in its history, the tournament guaranteed a wild card for a member of the Yale University tennis team. The lucky recipient is 18-year-old Samantha Martinelli from Denver, Colorado. Martinell’s impressive junior career included winning the 2015 U-16 Asics Easter Bowl and the 2015 U-16 National Clay Courts Singles title, as well as being ranked as high as No.2 in the United States U-16.

Martinelli will join Grand Slam legend Martina Navratilova in a mixed doubles exhibition following the 7pm night session match on Monday, August 21. For one of the two sets, Navratilova will play mixed doubles with Cameron Lickle, a former captain of the United States Naval Academy tennis team, against his business partner, seven-time Grand Slam singles champion Mats Wilander and a WTA player to be named.

The second set will be a Yale extravaganza with Navratilova appearing with and against former Yale No.1 Marc Powers (class of ’13), Martinelli (’21) and Jeff Dawson (’09), a New HYTEs board member and another former top Bulldog. For more information about the 2017 Connecticut Open, to volunteer to be part of our team and to purchase tickets visit www.ctopen.org